A consortium comprising Nouryon (formerly AkzoNobel Specialty Chemicals), Gasunie and four other partners will receive an €11-million European grant towards their proposed green hydrogen project in Delfzijl, the Netherlands.

The project is a front-runner among several hydrogen initiatives aimed at cutting carbon emissions and will be a significant milestone in the transition to a more sustainable, circular economy, the companies say.

The funding is granted by the Fuel Cells and Hydrogen Joint Undertaking (FCH-JU), a partnership of the European Commission and industry that supports the development of innovative hydrogen technologies. The 20-megawatt (MW) electrolyzer, to be owned and operated by Nouryon and Gasunie, would be the first of its kind to be implemented in Europe on this scale.

The other four partners involved are: McPhy, which will provide its innovative alkaline electrolysis technology to convert renewable electricity into 3,000 tons of green hydrogen per year; BioMCN, which will combine the hydrogen with CO2 from other processes to produce renewable methanol, reducing CO2 emissions by up to 27,000 tons per year; DeNora, a producer of electrodes, a key component of the electrolysis technology; and sustainable energy consultant Hinicio.

McPhy’s “Augmented McLyzer” electrolyzers are integrated into large-scale (multi-MW) electrolysis platforms: 20 and 100 MW and GW architectures. The systems are based on a 4 MW module design (McLyzer 800-30), producing hydrogen directly at 30 bar. 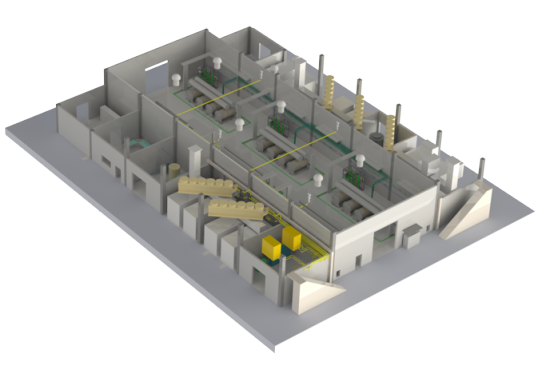 The Augmented McLyzer features a combination of McPhy’s high-pressure alkaline electrolysis technology (30 bar) and the advanced electrodes of De Nora, which makes possible to double the quantity of hydrogen produced with the same fuel cell stack size (reduced footprint) and the same specific energy consumption.

Nouryon and Gasunie plan to take a final investment decision for the plant in 2020. In parallel, the two companies are studying options to increase the plant’s electrolyzer capacity from 20 MW to 60 MW to make green hydrogen to produce sustainable jet fuel in a project with another group of partners.

The project is also supported by an additional €5 million in subsidies from Waddenfonds, a fund that invests in projects in the northern Netherlands.

sustainable jet fuel...
This would be a good contribution.