Audi of America, the Virginia Department of Transportation (VDOT) and Qualcomm Technologies, Inc., a subsidiary of Qualcomm Incorporated, announced plans for initial deployments of Cellular Vehicle-to-Everything (C-V2X) communication on northern Virginia roadways, employing advanced wireless communications to enhance vehicle safety by using the same portion of the 5.9 GHz band that the Federal Communications Commission (FCC) has proposed to allocate for C-V2X.

In line with the Federal Department of Transportation’s announcement to establish a First Responder Safety Pilot Program (earlier post), the organizations’ combined efforts are designed to focus on improving safety for construction workers and motorists alike. The initial deployment is expected to take place on select roadways in Virginia beginning in the third quarter of 2020.

Unique properties of basic C-V2X will be used to deliver work zone warnings on highways as well as signal timing information on approaches to signalized intersections on arterial roadways. In both cases, C-V2X communications can help deliver critical safety messages between vehicles and infrastructure with minimal latency, while less time-sensitive alerts are designed to be provided via C-V2X using the cellular network.

The initial deployments are aimed at expanding safety use cases in the vital connected vehicle safety spectrum established by the FCC, with the aim to curtail road hazards and fatalities. In 2018, there were 36,560 US traffic fatalities, according to data from the National Highway Traffic Safety Administration (NHTSA).

This initial deployment is designed for connected car systems designed to boost safety around school buses, warn motorists about dangerous road conditions, alleviate congestion at traffic chokepoints and curbsides, help improve the performance of automated vehicles that are nearing commercialization and even potentially let cars communicate with mobile devices to send warnings that may one day help prevent the more than 6,000 pedestrian fatalities per year.

The northern Virginia initial deployment is designed to involve two primary use cases:

VDOT has long supported research into the benefits of connected and automated vehicles, particularly those aspects that have the potential to significantly enhance safety. The inclusion of shorter-range, direct communication in the 5.9 GHz band using C-V2X is exciting, as it can allow us to evaluate this emerging communication option for essential and practical safety and mobility services, including saving the lives of maintenance and construction personnel in work zones. 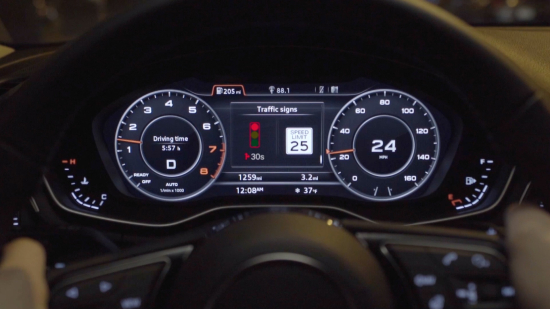 The Virginia Tech Transportation Institute (VTTI) has been contracted to develop the software and systems necessary to support the primary use cases defined for the initial deployment. Following software development, the institute will then conduct a demonstration of C-V2X technology operating in these use cases.