Vehicle distance traveled per person in Great Britain is currently about one-half of the distance in the United States. The issue of interest in this study is whether, despite this difference, the two countries show similar patterns of recent changes on this measure.

The years examined were 1993 through 2018. Because British and U.S. statistics segment road vehicles differently, the data are for all road vehicles. (I documented recent changes in distance traveled per person for cars and light trucks in the United States in a study published last month.) 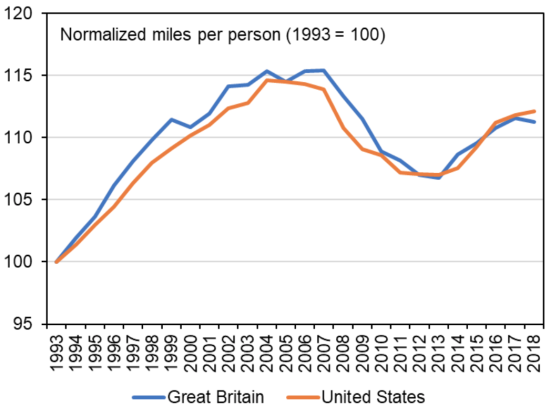 Specifically, the data in the chart indicate the following for both countries concerning vehicle distance traveled per person: