General Motors is resurrecting the HUMMER as an electric truck in the GMC family. The GMC HUMMER EV truck will showcase the GMC brand’s design and engineering and will feature 1,000 horsepower; 11,500 lb-ft (15,592 N·m) of torque; and acceleration from 0 to 60 mph in 3 seconds. 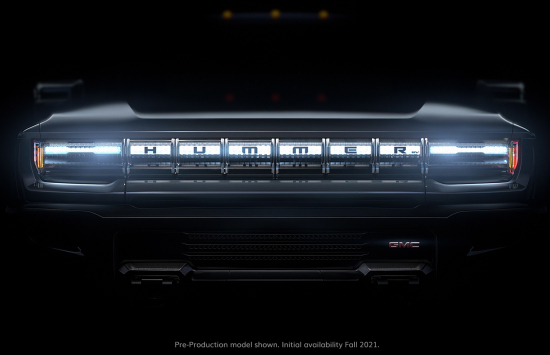 Initial availability is slated for Fall 2021.

GMC will introduce the GMC HUMMER EV during this weekend’s Super Bowl, in an ad titled “Quiet Revolution.” The spot juxtaposes the anticipated performance metrics of GMC’s first all-electric truck with the quietness inherent in the operation of an electric vehicle.

The HUMMER first emerged on the market in 1992 as a civilan version of the military Humvee. GM purchased the brand name from AM General in 1998, and marketed three HUMMER versions: the original HUMMER H1, based on the Humvee, as well as “smaller” H2 and H3 versions. The last HUMMER H3 was produced in 2010.

The original HUMMERs were derided by environmentalists as symbols of fossil-fuel excess.

The H2 was almost 6700 pounds and not streamlined.

Probably heavier now with batteries. This will be fun to watch.

Too late.  Ford already towed a million pounds with an electric F-150.