Building on its $2-million investment for an ongoing feasibility study with Northwest Advanced Bio-Fuels (NWABF), Delta has entered into one of the largest airline offtake agreements of its kind to purchase sustainable aviation fuel, if produced, from NWABF. The NWABF process uses the gasification of woody biomass to produce syngas for the Fischer-Tropsch process.

NWABF’s project would utilize wood residue deposits and wood slash lying on forest floors to produce the biofuel, which would qualify under an approved carbon-reducing pathway recognized by ASTM. 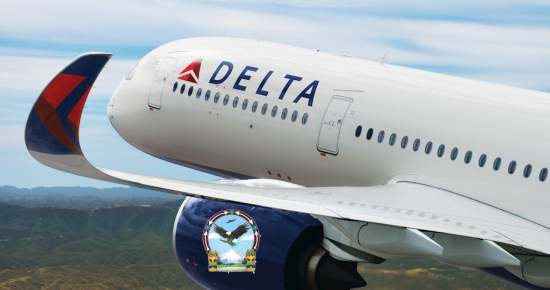 The feasibility study, announced in October 2019 and currently underway, is expected to determine the potential for a facility in Washington state that could supply sustainable aviation fuel for Delta operations in Seattle, Portland, San Francisco and Los Angeles by mid-2020.

In parallel with the study’s goal to produce sustainable aviation fuel for West Coast operations, Delta has signed an offtake agreement for sustainable aviation fuel that may be produced from the facility, which would reduce lifecycle emissions up to 80% compared to that of conventional jet fuel. This complements the airline’s recent offtake agreement with Gevo for biofuel production in Minnesota, expected to be available between 2022-2023.

The NWABF offtake agreement would anticipate fuel production by the end of 2024 while the advanced planning study will conclude later this year.

Since 2005, Delta has reduced its jet fuel consumption, leading to a 9% decrease in emissions as Delta works toward its long-term goal of reducing emissions. Delta is also investing in new, more fuel-efficient aircraft to optimize the use of jet fuel. In July of 2019, Delta flew the first of 20 carbon-neutral new aircraft delivery flights from the Airbus final assembly line in Mobile, Ala., utilizing sustainable aviation fuel and carbon offsets in coordination with Airbus and Air BP.

Northwest Advanced Bio-Fuels, LLC is a wholly owned subsidiary of US Advanced Bio-Fuels, Inc. (USABIO). NWABF is in the process of developing second-generation, commercial scale, cellulosic renewable bio jet fuel refineries with the first project being developed in the Pacific Northwest.

Gasification of biomass has potential.

The NWABF process uses the gasification of woody biomass to produce syngas for the Fischer-Tropsch process.

No doubt an autothermal (and thus grossly wasteful) gasification step.  Ye gods, it's Range Fuels all over again.  Has NOBODY learned ANYTHING?!

Why aren't these clowns, both sellers and buyers, being prosecuted for fraud?