Electrify America will open its 400th electric vehicle charging station this week, setting a rapid pace for installation of DC fast-charging stations. The network’s aggressive timeline has resulted in the addition of more than 1,700 new chargers from coast-to-coast in just 20 months. 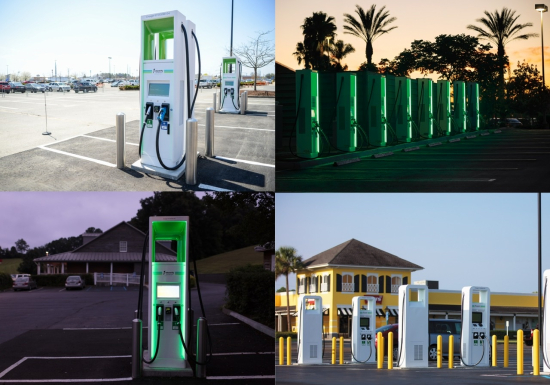 Electrify America opened its first site in Chicopee, MA, in May 2018. Since then, the company has focused on building a future-proof network consisting almost exclusively of ultra-fast chargers. These DC fast chargers offer electrical power up to 350 kilowatts (kW), allowing drivers to charge capable EVs at a rate of up to 20 miles per minute.

Less than two years later, Electrify America now offers stations so widely available that 96% of Americans live within 120 miles of a charger. The company has no plans to slow down anytime soon—in addition to opening 400 stations to the public, it has more than 100 stations permitted and another 150 in various phases of design and engineering.

With a core mission of investing in EV infrastructure, access, and education, Electrify America’s accomplishments extend beyond the installation of charging stations. Other significant developments in the company’s short history include:

Electrify America plans to install or have under development approximately 800 total charging stations with about 3,500 total chargers by December 2021.

It's a fast roll out but not even close to hitting the target the vw (soryy EA) pr department were hyping in 2017 when they were talking about VW being Tesla killers. The original target was 2800 chargers at over 500 locations by June 2019.

So 8 months later than planned they are still over 1000 chargers short of target.