Within the scope of EU-funded GiantLeap project, Bosch Engineering GmbH, together with VDL Enabling Transport Solutions b.v. and their partners, designed and built a fuel cell range extender system for battery-electric buses. The system is contained in a specially designed trailer to be attached to the tow hitch of any suited electric bus. 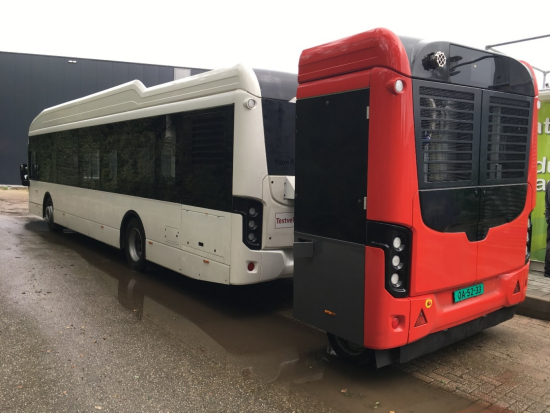 Depending on a power demand sent by the vehicle, the fuel cell system generates the power needed for the propulsion of the vehicle as well as charges the vehicle’s traction battery.

ElringKlinger AG supplied the fuel cell stacks, which reportedly achieved excellent results. The stacks were fitted to a full-electric bus of the Dutch bus manufacturer VDL Bus & Coach, tested under real traffic conditions, and, in the course of that, subjected to adverse conditions. 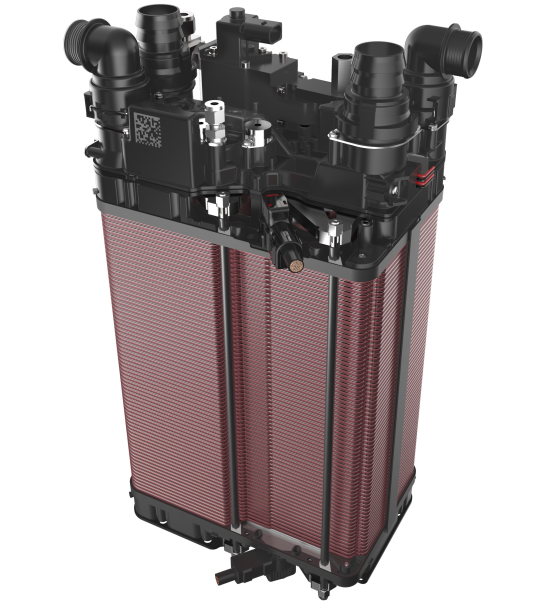 The overall performance of the stacks was safeguarded in when they were exposed to detrimental operating conditions such as fuel starvation, elevated temperatures and over-pressure, emergency shutdowns of the system during the development period, and human error.

The final report of the multi-year project stated: “The overall performance of the system exceeded expectations. [...] ElringKlinger stacks used in GiantLeap displayed an excellent performance throughout the project. [...] Still, right to the end of the project, the stacks were in their specified power range.”

We greatly appreciate the successful completion of the project. It again confirms the excellent testing results of our fuel cell stacks in a real application environment. The basis for the implementation of the stack technology used in this project are patented design features and high-precision manufacturing processes, which have been developed from existing products that have already been manufactured in series for decades. This know-how makes our fuel cells a high-performance, efficient, and sustainable solution for our customers on their way to zero-emission mobility.

As part of the GiantLeap project, a total of six corporations and institutions developed and established a fuel-cell-powered range extender for full-electric buses as partners. The range extender includes a system with two stacks. The fuel cells were used in a separate trailer for the bus and tested in real traffic. 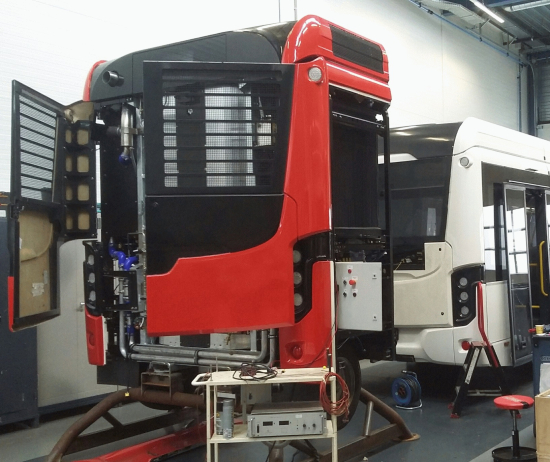 The project was sponsored by the EU via the Fuel Cell and Hydrogen Joint Undertaking (FCH JU). The objective of the FCH JU is to promote research, technological development, and demonstration of fuel cells and hydrogen technology in Europe.

ElringKlinger has been active in the research and development of fuel cells for around 20 years and operates in the market as a system and component supplier. The stacks are based on PEM technology and convert chemical energy into electrical energy and water using hydrogen and oxygen. They are particularly suitable for mobile applications with long-range operation. Applications include buses and cars, but also industrial applications, such as commercial vehicles and industrial trucks.

Stacks from ElringKlinger for integration into customer systems are available with an electrical output of 2 to 150 kW.