Volkswagen will stage the world première of the new Golf GTD at the Geneva International Motor Show from 5 to 15 March. Among the technical highlights is the most powerful and—due to its to twin dosing exhaust treatment system—cleanest turbo diesel injection (TDI) engine ever to be installed in a Golf. The diesel top-of-the-range version is based on the new eighth generation of the Golf. 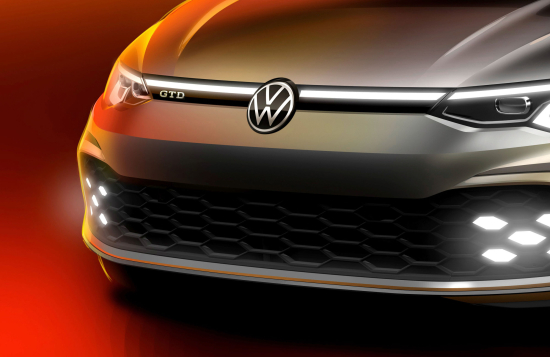 A significant increase in performance is accompanied by lowest emissions: The Performance TDI’s efficiency has been significantly optimized and CO2 emissions have been cut even further, all while simultaneously improving responsiveness.

With a new twin dosing SCR with double AdBlue injection, NOx emissions will be greatly reduced as compared to its predecessor. This makes the TDI in the new Golf GTD one of the cleanest combustion engines in the world.

Lets hope they bring that clean tech down to the 2.0 and 1.6 normal TDI diesels asap.
(May be too late, however, diesel has a such a bad name).