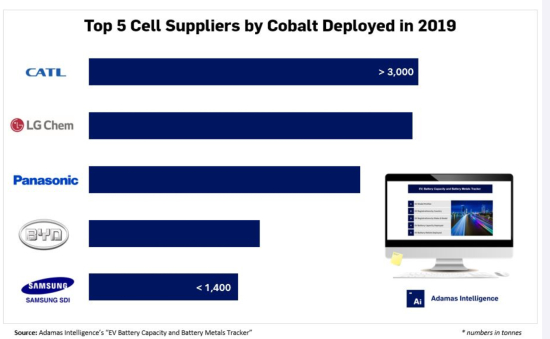 CATL took the lead in 2019 with a 21% global market share by cobalt deployed, followed closely by last year’s leaders LG Chem and Panasonic with 20% and 17%, respectively.

Rounding off the top five were BYD and Samsung SDI with market shares of 11% and 9%, respectively.

Overall, the aforementioned five cell suppliers were collectively responsible for 78% of all cobalt deployed globally in passenger vehicle batteries in 2019, up from 69% occupied by the top five in 2018.