As part of a larger £90 million (US$117 million) package of awards to cut carbon emissions in industry and homes, the UK is awarding £28 million (US$36.5 million) to five demonstration phase projects for low-carbon hydrogen production. 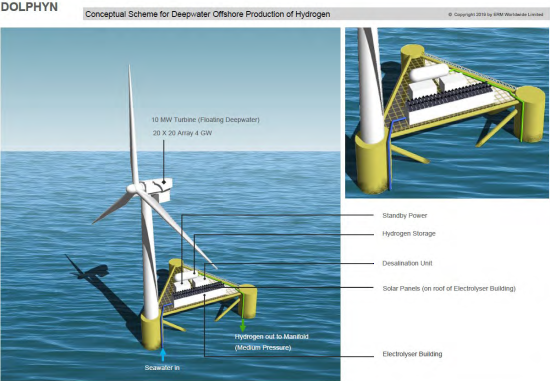 The hydrogen projects receiving funding are:

The larger investment will also fund four projects to trial advanced technologies for switching industrial production from fossil fuels to renewables—including, but not limited to hydrogen—in industries such as cement and glass production.

Figuring what to do with excess renewable energy is not easy. By excess, I mean amounts greater than 1 day's production. You can create H2, but it is not very efficient.
You might overnight it with batteries, but they are probably better used in land and sea vehicles .
Getting wind and solar to say 80% of peak load is easy enough, going beyond that starts to get very hard / wasteful and expensive.
This (IMO) is the big challenge of renewable energy.

With Fast Reactors we don't need 100% renewable.
Those reactors can use the 700,000 tons of depleted uranium as fuel.

I do not disagree. But new and future off-shore wind power delivers kWh's at about half the price of nuclear power from Hinckley Point.

Electricity makes up around 75% (+/- 10 points) of the cost of hydrogen from electrolysis.

Obviously the nuclear generation provides base load and the wind/solar provides peak load, but then there are the dead times that require other peak load fill ins. Seems like we still need other short term storage systems like water/gravity schemes. Pump water uphill with excess, and let it down for peak fill when needed. Then there are the efficiencies involved in electric distribution systems which are aging.

It is good step taken by UK authorities to protect the environment and minimize the emission of carbon hydrogen process. I often go for customwriting.com/ website to write my research papers and I am thinking to cover this subject for my next assignment. It could be interesting to mention the efforts of UK.