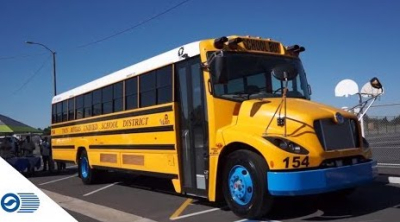 The primary goal of the Lower-Emission School Bus Program is to reduce schoolchildren’s exposure to both cancer-causing and smog-forming pollution. The program does not impose any regulatory requirements on school districts and their participation in the program is voluntary.

Currently, the LESBP allows for replacement of 1993 and older model year buses. The California Air Resources Board (CARB) has now determined that AB 923 funds—a source of school bus purchasing funds—can be used to replace school buses with a model year that is a minimum of 20 years old.