Volkswagen will launch the new ID.4 electric compact SUV this year. The ID.4 is the second model, following the ID.3, based on the new modular electric drive matrix (MEB). Ralf Brandstätter, Chief Operating Officer of the Volkswagen brand, says that the ID.4 will have a range of up to 500 km (311 miles) and will be produced and sold in Europe, China and the US. 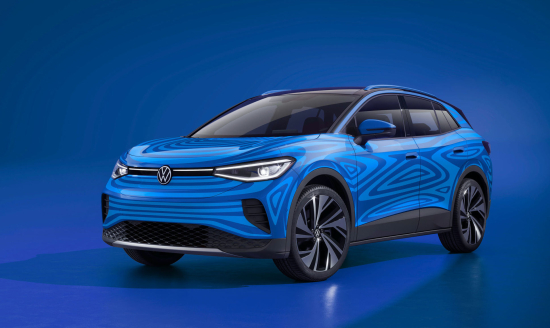 The outstanding aerodynamics reduce the drag coefficient, and it will boost the ID.4’s range to up to 500 kilometers, depending on the drive package.

The ID.4 will initially be launched with rear-wheel drive, while an electric all-wheel drive version will be added to the portfolio at a later date.

The high-voltage battery is positioned near the center of the underbody to create a low center of gravity and an optimum in terms of driving dynamics, along with an extremely well-balanced axle load distribution. Like all other MEB models, the ID.4 offers plenty of interior space due to the compact, electric drive technology. The fully digital cockpit of the zero-emission SUV has been clearly structured. It is operated primarily using touch surfaces and intelligent, intuitive voice control. 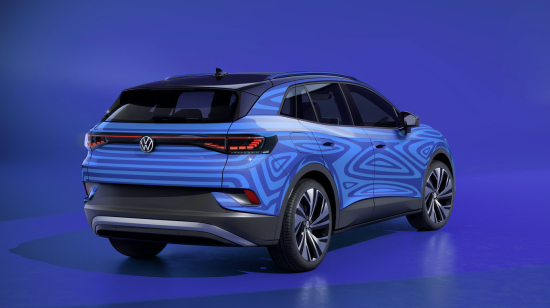 For Volkswagen, the ID.4 and ID.3 represent important milestones in the brand’s bid to become entirely carbon-neutral by 2050. Plans have been put in place to reduce the Volkswagen fleet’s CO2-emissions by a third by as early as 2025. Volkswagen is currently investing €1 billion to electrify its model range while also offering an increasing number of hybrid vehicles.

In addition to all-electric powertrains, new mild- and plug-in-hybrid drives in large-scale product lines such as the Golf can significantly help to reduce fleet emissions in the future, Volkswagen says.

That range is on the WLTP scale no doubt.