Chevrolet, Cadillac, GMC and Buick will all be launching new EVs starting this year, GM announced at an event at its Tech Center in Warren, Michigan, where it also unveiled its new Ultium batteries and flexible globale EV architecture. (Earlier post.) 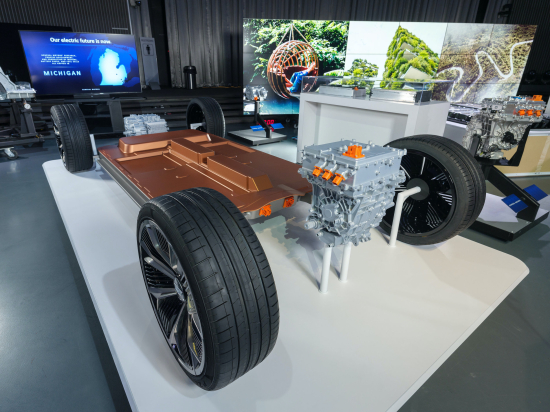 The next new Chevrolet EV will be a new version of the Bolt EV, launching in late 2020, followed by the 2022 Bolt EUV, launching Summer 2021. The Bolt EUV will be the first vehicle outside of the Cadillac brand to feature Super Cruise, a hands-free driving technology for the highway, which GM will expand to 22 vehicles by 2023, including 10 by next year.

The Cruise Origin, a self-driving, electric shared vehicle, shown to the public in January 2020 in San Francisco, was the first product revealed using GM’s third generation EV platform and Ultium batteries. Next will be the Cadillac Lyriq luxury SUV in April. Details about its launch will be shared then.

The reveal of the Ultium-powered GMC HUMMER EV will follow on May 20. Production is expected to begin in Fall 2021 at GM’s Detroit-Hamtramck assembly plant, GM’s first assembly plant 100 percent dedicated to EV production.

GM cancelled models that were not selling, now doing this.
Making the right moves is good management.