Honeywell to release most powerful quantum computer yet by mid-2020; QCCD architecture

Honeywell announced that due to a breakthrough in technology, it will release a quantum computer with a quantum volume of at least 64, twice that of the next alternative in the industry, by the middle of 2020. 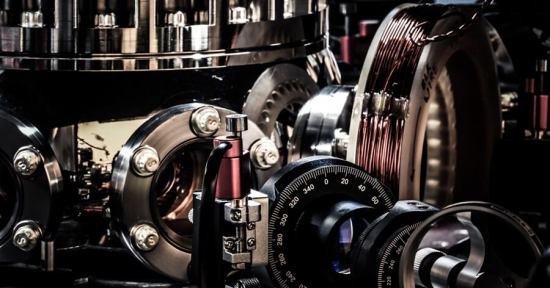 The technology-focused conglomerate first entered the commercial computing market in 1955 and eventually competed with market-dominant IBM as one of the BUNCH (Burroughs, UNIVAC, NCR, Control Data Corporation (CDC), and Honeywell). By 1991, however, the company was out of the computer business. Now it’s back.

The first demonstration of a universal set of quantum logic gates were performed with trapped ions. Since then, researchers have demonstrated up to 10 minute coherence times, and gate, state preparation, and measurement fidelities surpassing those of other competing quantum computing architectures. Upon realizing the basic building blocks of quantum computation, researchers began focusing their attention on how to scale such a machine to the large number of qubits needed for implementing complex quantum algorithms.

A crucial feature of trapped-ion based quantum computers is the use of strong motional coupling amongst ions in a crystal to mediate interactions between their internal (qubit) states. While it is possible to make a larger quantum computer simply by putting more ions into a single crystal, this approach is unlikely to be scalable to very large numbers of qubits. Efforts toward trapped-ion quantum computation have therefore focused on architectures that scale the number of ion crystals used and employ quantum communication between the crystals. Methods for inter-crystal communication include using photonic links or physically transporting ions between different crystals. Here we demonstrate the latter approach, which—following the original proposal—we refer to as the QCCD (quantum charge coupled device) architecture.

A team of more than 100 scientists, engineers and software developers has been working to develop quantum computers along with the algorithms to solve customers’ problems.

Quantum computers use qubits—quantum computing bits—to process information in a unique way that leverages the properties of quantum physics.

Honeywell says that its quantum computer will be the most powerful available because it will have at least double the quantum volume of alternatives. Quantum volume is a metric that considers the number, connectivity and low error rate of qubits.

There are a number of industries that will be profoundly impacted by the advancement and ultimate application of at-scale quantum computing.

Honeywell is partnering with Microsoft as a part of the Azure Quantum offering. It allows end users will be able to make use of Azure classical computing resources while also accessing Honeywell’s quantum computer.