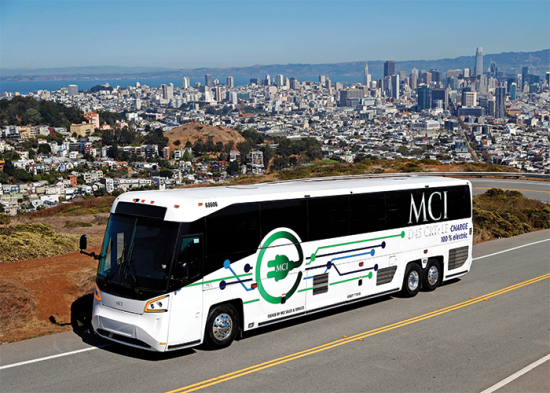 MCI and Coach Atlantic Maritime Bus will pair for a 9-11 March demonstration tour on Maritime Bus regular routes, inviting passengers to ride along and comment on the performance and comfort of MCI’s battery-electric Commuter Coach. Government officials, transportation stakeholders and sustainability experts will also take part in the tour.

Over the next three days, we’re creating opportunities for government officials, electric utility companies, interest groups, environmentalists and passengers curious about the future of zero-emissions transit to ride along with us on the new MCI D45 CRTe LE CHARGE. Bus travel is already the most-sustainable form of long-distance travel. Now, with MCI’s commitment to battery-electric, we can transform our communities and improve our carbon footprint even further.

Cassidy Group’s T3 Transit was the first to test a battery-electric, low-floor transit bus made by MCI sister company New Flyer on municipal transit routes serving greater Charlottetown on Prince Edward Island in 2018. Coach Atlantic Maritime Bus has committed to green strategies throughout its offices, maintenance hubs and service routes, and anticipates introducing battery electric to its operation by 2022.

MCI’s all-electric move is supported by New Flyer’s 50 years of electric experience and New Flyer Infrastructure Solutions, a full-suite of services that help deliver charging specifications to meet each customer’s needs. New Flyer actively supports more than 41,000 heavy-duty transit buses currently in service, of which 7,300 are powered by electric motors and battery propulsion and 1,600 are zero-emission. Its battery-electric bus programs are deployed across North America.

MCI offers two battery-electric models. The J4500e (bringing all-electric capability to the industry’s best-seller in the tour, charter and employee shuttle markets) will deliver later this year and due to the high floor configuration the coach can be configured for more than 370 km at the top end by adding more batteries to achieve a capacity of 544 kWh. 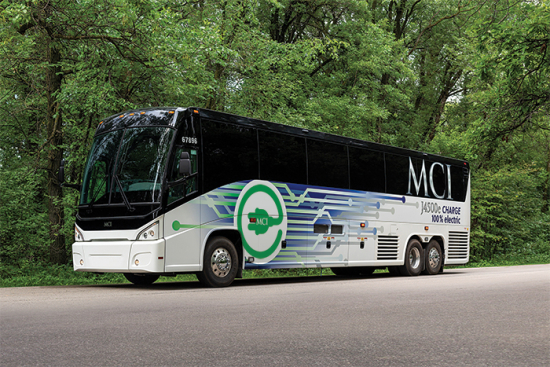 The D45 CRTe LE, which features a patented LE (Low Entry) vestibule with a seating area and ramp that significantly improves dwell times and the boarding and ride experience for passengers with disabilities and mobility, will be available in 2021.

Both models share the same electric platform. McDonald and the engineering team at MCI have spent the past two years testing MCI’s first battery-electric vehicles in varied road and weather conditions including extreme cold and snow in Michigan’s Northern Peninsula during 2019’s polar vortex.

The eco future is coming! It is a ver y important news. Look here https://topspyingapps.com/how-to-hack-a-kik-account/ for some more tech news!