UPS has begun testing the suitability and durability of Gaussin electric vehicles, which also have autonomous driving capability, to move semi-trailers and containers on the grounds of UPS’ advanced-technology London Hub. 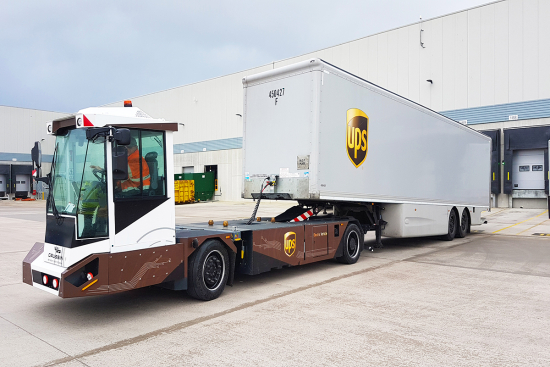 During the initial phase of the test, UPS will operate the electric vehicles (Trailer and Swap Body Mover, TSBM)—known in the logistics industry as “shifters”—with drivers in the cabs to evaluate vehicle operations and the efficiencies they generate. Later this year, UPS will progress to the next phase of operation, initiating autonomous driving operations.

These tests are part of a major UPS effort to integrate electric vehicles throughout our global network. Gaussin’s shifters will help cut our fuel costs and reduce emissions. We’re also eager to test the shifters in autonomous driving mode. This is a great opportunity for us to evaluate technologies on our own property. 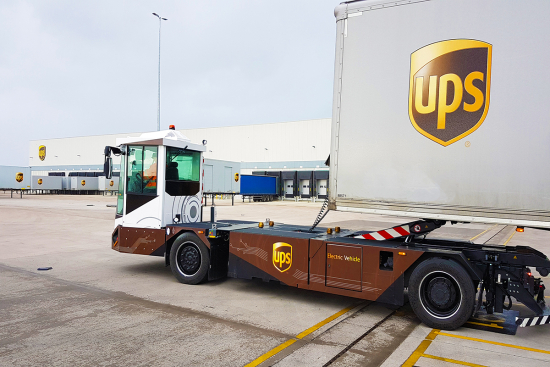 Gaussin electric vehicles have zero tailpipe emissions and include novel battery-swap technology, which enables the shifters to be operated day and night, as the discharged battery pack is immediately replaced by a fully charged one. Additionally, the vehicles will have numerous cameras, sensors and sophisticated algorithms to improve safety. These technologies will continue to create efficiencies and improve safety in UPS operations.

Gaussin and UPS Engineering teams have been in close collaboration since 2018 to co-develop a versatile, upgradable and competitive electric shifter vehicle. The Gaussin shifter UPS is testing in London can move trailers, semi-trailers and containers in both manual and autonomous mode.

Interesting, but is it my imagination, or are those a lot longer than the typical yard jockeys, like at least twice as long? I could imagine that being a problem.