Solaris has secured another contract for the delivery of electric buses on the Polish market. The city of Bolesławiec has ordered two electric 8.9m buses and two stationary chargers. Worth a gross of nearly 4.8 million PLN (US$1.1 million), the contract will be carried out in February 2021. 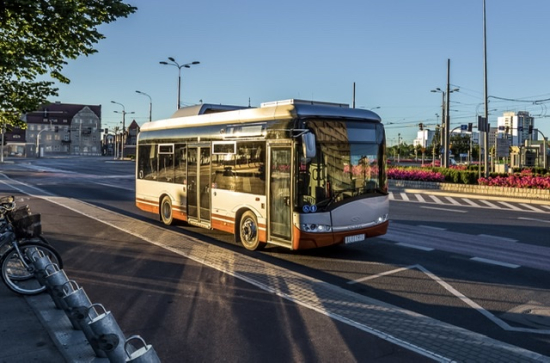 Two Urbino 8.9 LE electric buses will be handed over to the Public Transport Authority (Miejski Zarząd Komunikacji) in Bolesławiec within 11 months from signing the contract.

The battery-electric buses will be propelled by a 160 kW central traction motor. The energy needed to drive the vehicle will be stored in Solaris High Energy batteries with a total capacity of 160 kWh and it will be supplemented via a plug-in connector.

According to the order placed, the Solaris Urbino 8.9 LE electric vehicles will be able to carry more than 58 passengers at a time, including 20 sitting on seats.

Bolesławiec is the 28th Polish city where the battery buses of Solaris will be in use. Since the première of its first electric bus, Solaris has supplied or secured orders for nearly 900 battery buses from customers in 18 countries, including for more than 350 vehicles in Poland.

The cooperation between Solaris and the Public Transport Authority in Bolesławiec dates back to 2011. Since then, Solaris has supplied 21 modern low-floor city buses to the operator.