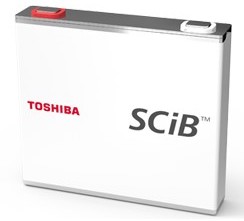 In 2019, Nissan and Mitsubishi announced they would introduce new kei cars as their collaboration expanded.

The simple hybrid system of the Nissan and Mitsubishi kei cars harvests kinetic energy during deceleration to charge the SCiB, which drives an electric motor that assists the engine—and reduces gasoline consumption—during vehicle start, acceleration and moving from idling.

Toshiba Group has positioned the SCiB as a new growth business under the Toshiba Next Plan, Toshiba Group’s five-year transformation plan. Toshiba Group will continue to strengthen its battery business, taking advantages of the characteristics of the SCiB.

It’s a hybrid, and a very “mild” one. What a waste of space this announcement is. Lame.

In some countries this is useful, the battery lasts a LONG time.