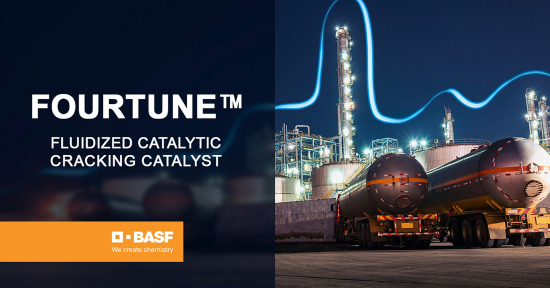 BASF’s MFT technology enhances performance through the use of more than one framework topology that work together to tailor the catalyst selectivity profile. Successful evaluations of the new MFT technology have demonstrated Fourtune’s ability to help maximize margins and provide operating flexibility to make more butylene to feed the alkylation unit.

The technology provides an answer to the increased demand for octane since today’s tighter sulfur regulations often require post-treatment on the gasoline stream, which can negatively impact the octane pool.

Compliance with tighter sulfur requirements often led to octane loss. Alkylate has become a preferred gasoline blending component, as it contains no sulfur, no olefins, no benzene, and has a low vapor pressure and high-octane number. As a result, many refiners focus on maximization of alkylate production, but struggle due to a butylene shortage, which is important for keeping refineries operating as profitable as possible.