According to German Bioethanol Industry Association (BDBe), there is a secure supply of ethanol as a raw material for the production of disinfectants. Special regulations issued by the authorities in recent days permit the use of bioethanol to make the sanitizers needed.

With this step, Germany is following a recent recommendation from the WHO to ease the manufacturing requirements so that the chemical industry and pharmacies can expand production on site. Up to now bioethanol has been sold mainly in the fuel sector. 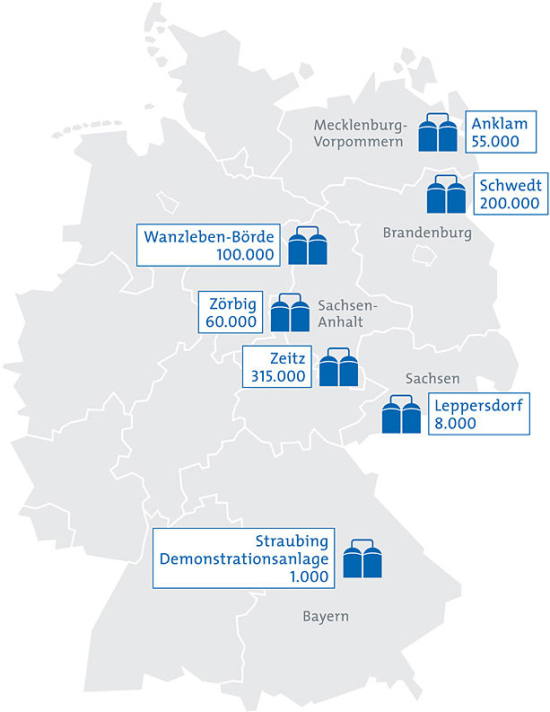 Bioethanol production in Germany, capacity in tonnes per year.

Sustainable bioethanol is produced for various uses: for cosmetics, beverages and in the medical sector as well as technical alcohols as cleaning or antifreeze agents and as a climate-friendly admixture to gasoline. The production capacity of German plants is around two million liters of bioethanol per day (528,000 gallons US per day). Capacities for the production of high-purity neutral alcohol are exhausted throughout Europe.