Trump invokes DPA to get GM moving on ventilators

On 20 March, GM announced a cooperation with Ventec Life Systems to increase production of Ventec’s multi-function ventilator VOCSN to support the growing fight against the COVID-19 pandemic. (Earlier post.) One week later, on 27 March, President Trump invoked the Defense Production Act (DPA), directing the Scretary of Health and Human Services “to require General Motors Company to accept, perform, and prioritize contracts or orders for the number of ventilators that the Secretary determines to be appropriate.”

As usual with “this” General Motors, things just never seem to work out. They said they were going to give us 40,000 much needed Ventilators, “very quickly”. Now they are saying it will only be 6000, in late April, and they want top dollar. Always a mess with Mary B. Invoke “P”.

General Motors MUST immediately open their stupidly abandoned Lordstown plant in Ohio, or some other plant, and START MAKING VENTILATORS, NOW!!!!!! FORD, GET GOING ON VENTILATORS, FAST!!!!!! @GeneralMotors @Ford

Among the provisions of the DPA is the authority for the President to require businesses to accept and to prioritize contracts which he deems necessary for national defense. It also allows the president to designate materials to be prohibited from hoarding or price gouging. 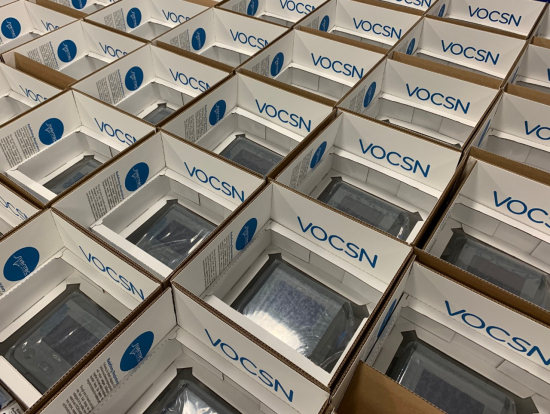 Across all manufacturers, there is a global backorder of critical care ventilators capable of supporting patients fighting COVID-19. The companies are adding thousands of units of new capacity with a significantly expanded supply chain capable of supporting high volume production. GM is contributing its resources at cost.

GM will also begin manufacturing FDA-cleared Level 1 surgical masks at its Warren, Michigan manufacturing facility. Production will begin next week and within two weeks ramp up to 50,000 masks per day, with the potential to increase to 100,000 per day.

Efforts to set up tooling and manufacturing capacity at the GM Kokomo facility are already underway to produce Ventec’s critical care ventilator, VOCSN. Depending on the needs of the federal government, Ventec and GM are poised to deliver the first ventilators next month (April) and ramp up to a manufacturing capacity of more than 10,000 critical care ventilators per month with the infrastructure and capability to scale further. 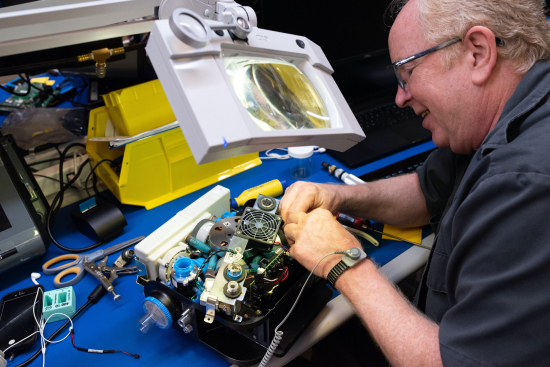 GM will deploy an estimated 1,000 American workers to scale production of critical care ventilators immediately. Working with the UAW, GM has brought back employees from GM’s Kokomo and Marion facilities.

Since 20 March, Ventec and GM teams across manufacturing, engineering, purchasing, legal and others have been working together to create and implement a plan for immediate, scaled production of critical care ventilators. The Ventec and GM global supply base developed sourcing plans for the more than 700 individual parts that are needed to build up to 200,000 VOCSN.

GM is in the position to help build more ventilators because of the remarkable performance of GM and Ventec’s global supply base. Our joint teams have moved mountains to find real solutions to save lives and fight the pandemic.

The Ventec Life Systems team has a history of patient-centric design which includes more than 18 care-changing respiratory devices and more than 40 patents. Ventec’s leading product, VOCSN, is the first and only Multi-Function Ventilator and was FDA cleared in 2017. VOCSN seamlessly integrates five separate devices including a critical care ventilator, oxygen concentrator, cough assist, suction and nebulizer into a single portable device. VOCSN provides invasive and non-invasive ventilation across a comprehensive set of modes and settings throughout the care continuum from the hospital to the home.

Donnie punishes those who won't praise him.