The BMW Group provided some technical insights into the powertrain system for the planned BMW i Hydrogen NEXT and also reaffirmed its commitment to following a carefully considered and systematic route to emission-free mobility. The BMW Group has been working with Toyota on fuel cell technology since 2013.

The two manufacturers have joined forces to work on fuel cell powertrain systems and scalable, modular components for hydrogen fuel cell vehicles under a product development cooperation agreement. Fuel cells from the cooperation with Toyota will be deployed in the BMW i Hydrogen NEXT, alongside a fuel cell stack and overall system developed by the BMW Group.

The second generation of the BMW fuel cell powertrain with a total system output of 275 kW will be piloted in the BMW i Hydrogen NEXT from 2022.

The fuel cell system for the powertrain for the BMW i Hydrogen NEXT generates up to 125 kW (170 hp) of electric energy. The electric converter located underneath the fuel cell adapts the voltage level to that of both the electric powertrain and the peak power battery, which is fed by brake energy as well as the energy from the fuel cell. Total system output is 275 kW (374 hp). 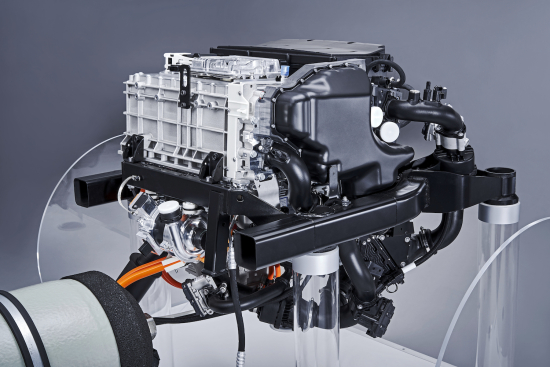 The vehicle also accommodates a pair of 700 bar tanks that can together hold six kilograms of hydrogen. 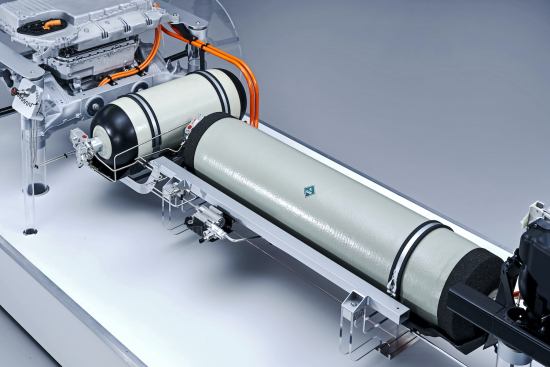 The fifth-generation eDrive unit set to make its debut in the BMW iX3 is also fully integrated into the BMW i Hydrogen NEXT. 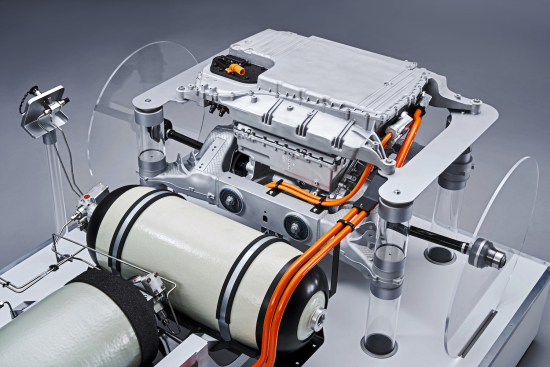 The BMW i Hydrogen NEXT will be propelled by the 5th generation e-machine, which will first be launched in the BMW iX3. The peak power battery located above the e-drive unit can supply boost power for additional dynamics, e. g. when overtaking. The total system output is 275 kW.

This hydrogen fuel cell electric powertrain will be piloted in a small series based on the current BMW X5 that the BMW Group plans to present in 2022. A customer offer powered by hydrogen fuel cell technology will be brought to market at the earliest in the second half of this decade by the BMW Group, depending on the global market conditions and requirements.

We are convinced that various alternative powertrain systems will exist alongside one another in future, as there is no single solution that addresses the full spectrum of customers’ mobility requirements worldwide. The hydrogen fuel cell technology could quite feasibly become the fourth pillar of our powertrain portfolio in the long term. The upper-end models in our extremely popular X family would make particularly suitable candidates here.

—Klaus Fröhlich, Member of the Board of Management of BMW AG, Research and Development

BMW cautioned that it will be some time before the company offers its customers a production hydrogen fuel cell vehicle—primarily due, the company said, to the fact that the right framework conditions are not yet in place.

In our view, hydrogen as energy carrier must first be produced in sufficient quantities at a competitive price using green electricity. Hydrogen will then be used primarily in applications that cannot be directly electrified, such as long-distance heavy duty transport.

The requisite infrastructure, such as an extensive, Europe-wide network of hydrogen filling stations, is also lacking at present. However, the BMW Group is pressing ahead with its development work in the field of hydrogen fuel cell technology. The company is using the time until the infrastructure and sustainably produced hydrogen supply are in place to substantially reduce the cost of manufacturing the powertrain system.

6 kg of H2 equates to 235 kWh chemical energy - based on HHV, which is fair when the water comes out as liquid.

In case quoted electrical efficiencies are reported as LHV (usually the case to reach a higher numer), the energy content is 200 kWh of chemical energy. Quite a lot.

Obviously, the round trip efficiency does not even come close to that of a BEV but for some applications, it may be beneficial.

In Denmark there is talk of establishing a hydrogen grid or converting parts of the natural gas grid for hydrogen. At first, the idea seems far fetched but let me explain why:

We have a national target of 70% reduction in GHG emissions in 2030 compared to 1990. In order to achieve that, primary energy generation needs to be 100% (>98) fossil-free. For all intents and purposes, this equates to establishing on the order of 5 times our current average electricity consumption as off-shore wind capacity (nameplate capacity). The wind turbines go off shore because nobody wants to live close of an Eiffel-tower size wind turbine, and we have shallow water huge swaths of the North Sea.

Now, here's the kicker: It is really, really expensive to bring 'excess' electricity to shore and distribute it there to decentralized electrolysers. It's cheaper to generate hydrogen off-shore when wind output exceeds to-shore electrical capacity. The cost of a HVDC line scales almost linearly with capacity, whereas the cost of a gas pipeline has a high per-mile cost but low per-GW cost.

Then on shore, the hydrogen may be used directly, where applicable, or further converted to hydrocarbons.

Usage of hydrogen for e.g. trucks has the benefit of not requiring any of the limited non-fossil carbon (CO2).