The Südwestdeutsche Verkehrs-Aktiengesellschaft (SWEG) (Southwest German Transport Company), and Daimler Buses signed a letter of intent to bring the first Mercedes-Benz eCitaro REX with a fuel-cell range extender out of series production onto the road. SWEG is a transport company in southwest Germany that operates railway lines and bus services. 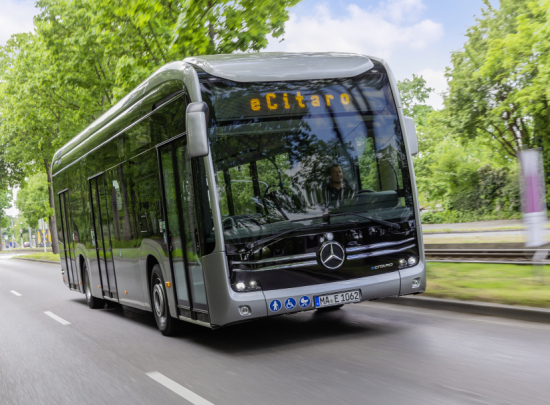 The further development of the battery-electric eCitaro, which was described during its launch in 2018 (earlier post), is progressing rapidly. In the course of this year, its range will be increased considerably with new battery generations, including solid-state batteries.

The eCitaro REX, another one of the future options described at the launch, uses a fuel cell stack as a range extender, enabling the eCitaro to replace conventionally powered city buses seamlessly, even with very high range requirements.

Our company has always been a pioneer in the field of new and sustainable forms of mobility.

That is why we would also like to gain experience on site in the field of hydrogen technology.

From 2022, SWEG will probably use the two-door solo bus initially at the company’s headquarters in Lahr. The company is currently developing a concept for supplying the city bus with hydrogen.

SWEG operates bus transport in urban and interurban transport as well as local rail freight and rail passenger transport in Baden-Württemberg and partially adjacent areas. The company uses around 400 of its own and around 60 rented buses. SWEG employs more than 1,300 people.

Over the past few years, SWEG has tested many alternative drive types, including natural gas buses. The transport company also uses electric and diesel-electric hybrid buses.