The US Department of Energy announced the winners of $32 million in funding for 15 projects as part of the ARPA-E Breakthroughs Enabling THermonuclear-fusion Energy (BETHE) program. (Earlier post.) These projects will work to develop timely, commercially viable fusion energy, with the goal to increase the number and performance levels of lower-cost fusion concepts. 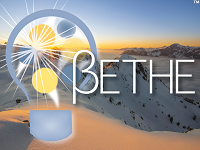 Fusion energy technology holds great potential to be a safe, clean, reliable energy source, but research and development of fusion technology is often constrained by prohibitive costs. BETHE teams will build on recent progress in fusion research and the growing fusion community to lower costs and further foster viable commercial opportunities for the next generation of fusion technology.

Commercial fusion technology has long been viewed as an ideal energy source. However, there remains a need to lower the costs of fusion development and accelerate its development timeline to have appreciable impact. If a grid-ready fusion demonstration can be realized within approximately 20 years, while achieving cost competitiveness, then fusion can contribute to meeting low-carbon energy demand and achieving cost-effective deep decarbonization in the latter half of the 21st century.

Category A: Development of Lower-Cost Concepts

University of Wisconsin-Madison. An HTS Axisymmetric Magnetic Mirror on a Faster Path to Lower Cost Fusion Energy - $5,000,000
The Wisconsin High-field Axisymmetric Mirror (WHAM) project at the University of Wisconsin-Madison will leverage advances in the stability and confinement of the mirror fusion concept, innovative plasma heating, and high-field superconducting magnets to demonstrate a potentially transformative development path toward a low-cost linear fusion device. The project aims to demonstrate a novel “end cell” that confines stable, heated plasmas with electron temperatures exceeding 1 keV and a fusion triple product exceeding 1018 keV s/m3. Success in this project would justify follow-on pursuit of the low-cost Break-Even Axisymmetric Tandem (BEAT) device, which would use two of the end cells at either end of a longer central mirror cell to reach breakeven conditions.

Zap Energy. Sheared Flow Stabilized Z-Pinch Performance Improvement - $1,000,000
The SFS Z pinch is an approach that gets smaller as the fuel is heated closer to fusion conditions. An electrical current is driven through the fusion fuel, creating self-generated magnetic fields that compress and heat the fuel toward fusion conditions. This may be the simplest and most compact of all known controlled fusion approaches, as it does not require magnetic coils nor any external heating systems other than the source to drive the electrical current. Under the ALPHA and OPEN 2018 programs, the SFS Z-pinch demonstrated a fusion triple product exceeding 1017 keV s/m3.

This project will enable Zap Energy to implement an upgrade to their new SFS Z-pinch device to allow independent control of the plasma formation and acceleration stages. They will use the new, upgraded device to advance their triple product toward breakeven conditions.

University of Maryland, Baltimore County. Centrifugal Mirror Fusion Experiment - $4,000,000
The University of Maryland, Baltimore County will advance the performance of the centrifugal mirror (CM) fusion concept, which has previously demonstrated stable plasmas with temperatures above 100 eV. The CM has a simple, axisymmetric geometry and provides a potential low-cost pathway to a breakeven experiment.

The team will azimuthally rotate a mirror-shaped magnetized plasma to supersonic speeds using high-voltage biasing between a central rod and outer electrode rings. The rotation will stabilize, heat, and centrifugally confine the plasma, potentially eliminating the need for costly auxiliary heating systems requiring high recirculating power, which would degrade the economics of a fusion power plant. The project aims to overcome engineering challenges of the high-voltage biasing, and scientific challenges of achieving good stability and confinement while pushing into higher-temperature regimes. The project aims to achieve a triple product exceeding 1017 keV s/m3.

NK Labs, LLC. Conditions for High-Yield Muon Catalyzed Fusion - $830,000
NK Labs seeks to advance muon-catalyzed fusion, which uses muons (a subatomic particle much more massive than an electron) to induce fusion between deuterium and tritium at temperatures 100,000 times lower than that of conventional fusion approaches. If each muon can catalyze around 500 fusion reactions (compared to the present state-of-the-art of 110–150 reactions), then a net-energy-gain system may become feasible. NK Labs will measure muon-catalyzed fusion rates and muon-recycling rates in a laser-heated, diamond anvil cell at 100-times higher pressures than what has been done. They will update publicly available computer models and databases based on their results. If the results are favorable, it could enable a new low- cost path toward net-gain fusion.

University of Washington. Demonstration of Low-Density, High-Performance Operation of Sustained Spheromaks and Favorable Scalability Toward Compact, Low-Cost Fusion Power Plants - $1,500,000
This project will advance the technical viability of a novel method for efficiently sustaining stable, high- performance spheromak plasmas to serve as the basis of compact, low-cost fusion power plants. The University of Washington will advance the method of Imposed-Dynamo Current Drive (IDCD) for sustaining spheromak plasmas. IDCD can efficiently couple large amounts of power to the plasma at much lower costs relative to other methods of higher-frequency plasma heating. The proposed R&D aims to increase plasma performance to enable ion and electron temperatures > 100 eV during sustainment on an existing experimental prototype, and increase confidence in projections and designs of future, higher-performance devices.

This project seeks to develop a sub-scale magnetized target plasma, and perform first integrated liner-on-target compression experiments at LANL’s Plasma Liner Experiment facility. Compression and heating will be studied and compared with computer simulations. The results will illuminate the viability and scaling behavior of this class of fusion devices, informing the prospects for future development and energy scaleup of this concept.

Category B: Technology Development to Lower the Cost of More- Mature Concepts

Commonwealth Fusion Systems. Pulsed High Temperature Superconducting Central Solenoid for Revolutionizing Tokamaks - $2,390,000
Commonwealth Fusion Systems (CFS) aims to resolve several higher-risk engineering challenges in order to design a new fast-ramping, high-temperature-superconducting (HTS) central solenoid (CS). The CS sits at the center of a tokamak (a donut-shaped fusion machine) and induces an electric field and electrical current along the toroidal axis of the donut. An HTS CS could transform tokamak development, enabling repetitive, long-pulse (hours) tokamak operation that could potentially eliminate or drastically reduce the need for costly auxiliary current drive. If successful, this could open a new pathway for pulsed HTS tokamaks to become the quickest and lowest-cost pathway to a tokamak-based fusion power plant.

Princeton Plasma Physics Laboratory. Stellarator Simplification using Permanent Magnets - $3,000,000
Princeton Plasma Physics Laboratory (PPPL), in partnership with SABR Enterprises, will design and build a prototype structure that houses an array of rare-earth permanent magnets to generate the precise shaping fields of an optimized, quasi-axisymmetric stellarator design. The stellarator concept might arguably claim the best combination of achieved performance and remaining scientific risk of any fusion approach, and has low recirculating power, minimal auxiliary systems, and no time-dependent magnet systems, all of which are major advantages for a commercial fusion system. However, present state-of-the-art stellarators require complex 3D magnetic coils with very high fabrication and assembly costs. Use of permanent magnets along with planar toroidal field coils could dramatically simplify stellarator construction, assembly, and maintenance, and place the stellarator on a compelling path toward lower-cost fusion energy.

The new laser-driver technologies, including both diode-pumped solid-state and excimer lasers, are expected to mitigate laser-plasma instabilities, potentially allowing for greater and more-symmetric energy coupling to the target. This work leverages the multiple decades of investment into inertial confinement fusion (ICF), which has achieved high values of fusion triple product, and will help place ICF on a path toward lower-cost IFE.

Virginia Polytechnic Institute and State University. Capability in Theory, Modeling, and Validation for a Range of Innovative Fusion Concepts Using High-Fidelity Moment-Kinetic Models - $2,400,000
Virginia Tech and PPPL will apply a versatile set of computational plasma modeling capabilities to better understand and advance the performance of lower-cost fusion concepts. This Capability Team will use fluid and reduced kinetic models to achieve this goal, including building on its existing open-source simulation technology, Gkeyll, and a multi-phase, incompressible magnetohydrodynamic model to study liquid-metal wall dynamics in the presence of fusion plasma. The team will perform high-fidelity kinetic plasma simulations that can also account for complex plasma-wall interactions, to support the development of multiple lower-cost concepts.

Sapientai, LLC. Data-Enabled Fusion Technology - $1,650,000
Sapientai’s DeFT (Data-enabled Fusion Technology) Capability Team will use machine learning and artificial intelligence to accelerate the path toward commercial fusion energy. Fusion experiments generate substantial amounts of data. This project will carefully curate the data from multiple projects, and use the curated database to aid in discovering and enhancing predictive understanding, and in helping guide and prioritize experiments that take a lot of time and funding. The project seeks to apply state-of-the-art techniques in machine learning to accelerate the development of multiple lower-cost fusion concepts.

University of Rochester. A Simulation Resource Team for Innovative Fusion Concepts - $2,000,000
Establishing an adequate simulation capability for a new fusion concept can easily be more expensive and time-consuming than building the first experiment. This Capability Team will provide simulation support for Concept Teams and independent analysis of fusion concepts. The codes central to this project will be FLASH, TriForce, and OSIRIS, chosen because they are flexible, high-performance computing codes, capable of 1D, 2D and 3D simulations, and can eventually all be used by concept teams to carry out their own simulations.

Massachusetts Institute of Technology. Radio Frequency Scenario Modeling for Breakthrough Fusion Concepts - $1,250,000
Fusion requires confining plasmas at extraordinarily high temperatures. One of the most promising ways to heat plasmas to these temperatures is with electromagnetic waves. By increasing power by thousands of times more than the kilowatts used in household appliances, a plasma is heated to the temperatures required for fusion. Complex analytic theory and computer simulations are required to design effective and efficient plasma- heating scenarios.

Oak Ridge National Laboratory. Magnetic Field Vector Measurements Using Doppler-Free Saturation Spectroscopy - $600,000
Oak Ridge National Laboratory (ORNL) will build a non-perturbative, portable diagnostic to measure the topology of the equilibrium magnetic field vector in potentially transformative, magnetically confined fusion devices. The measurement is based on an innovative spectroscopic technique that has already been demonstrated in the laboratory. The new diagnostic will be built and tested during this project, and will be ready to deploy to multiple fusion experiments around the country.

Los Alamos National Laboratory. Electromagnetic and Particle Diagnostics for Transformative Fusion-Energy Concepts - $375,000
Los Alamos National Laboratory will provide a suite of proven, absolutely calibrated, vacuum ultraviolet (VUV) and soft x-ray diagnostics to characterize the performance of a number of lower-cost, potentially transformative fusion-energy concepts. Spectral measurements will enable the identification of impurities and their spatial and temporal variation in the plasmas. LANL will also seek to advance a state-of-the-art, solid-state x-ray imager to make soft x-ray movies of the hot plasma core, enabling visualization of the evolution of instabilities.