The technology group Wärtsilä has been granted €1 million in funding by Business Finland, a state-run public agency for funding important research projects, to support research in the field of Power-to-X (P2X) technology. 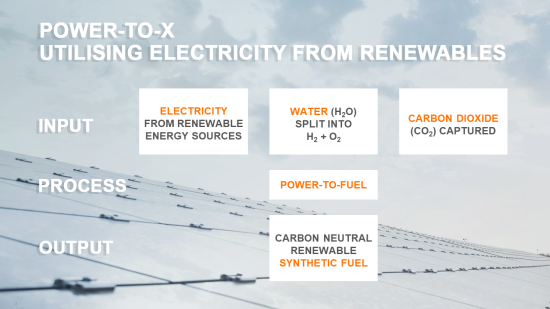 Wärtsilä’s X-Ahead project is aimed at developing deep expertise of both the technical and business potential of Power-to-X, which will be used to promote a carbon-neutral economy for Finland. It will also act as a base for defining Wärtsilä’s role in this field as part of the global transition to carbon-neutral solutions.

Under its X-Ahead project, Wärtsilä will form and lead a strong network of universities, research industries, and small and medium-sized enterprises on a national, as well as a global scale. This is expected to result in the development of an effective ecosystem around Power-to-X research, which will be enriched with best global practices to produce meaningful national and international benefits.

Wärtsilä has been actively working on the Power-to-X concept since 2018, during which we have gained a thorough general understanding of the technology. We are now building on this via the X-Ahead project, which will significantly improve the efficiency and feasibility of all processes relating to the development of Power-to-X technology. It gives us a brilliant opportunity to speed up the move to a 100 percent renewable energy future.

The project is planned to begin this year and will run for approximately two and a half years. Wärtsilä’s existing expertise in market analytics will support the research’s focus on the most promising ways to develop Power-to-X technology. Furthermore, X-Ahead will provide valuable insight into the possibilities related to synthetic fuel production and create many new jobs in the field.