BYD Europe outlined an expansion strategy for EVs in Europe, including the trial introduction of electric passenger cars, alongside longer-term plans to bring new BYD LCV and eTruck ranges to the market.

BYD will initially introduce the all new, full-electric, second-generation BYD Tang compact SUV to the Norwegian market. Already one of the world’s best-selling models as a plug-in hybrid electric vehicle (PHEV), the permanent all-wheel BYD Tang EV600 features a 520-kilometer (373-mile) range based on the NEDC test cycle.

The vehicle will spearhead BYD’s ambitions as the brand looks to expand its overall European EV portfolio. Pricing will be announced later this year when it goes on sale in Norway. 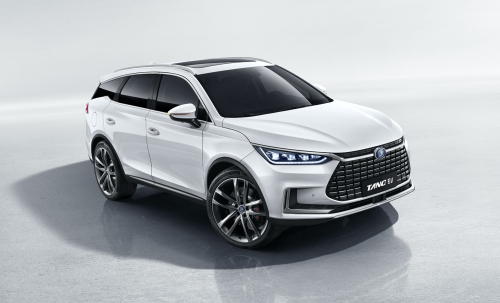 BYD Tang’s forthcoming Norwegian trial emphasises BYD’s commitment to providing European customers with a range of 100% emissions-free, pure-electric vehicles from passenger cars and light commercial vehicles (LCVs) to trucks and buses. In November 2019, BYD announced its intention to bring electric trucks to Europe at the end of 2020 to complement the well-established sales and supply of BYD eBuses right across Europe.

Plans are also underway to bring to Europe later this year a full range of battery electric vehicles (BEV) for the commercial vehicle sector; including a panel van, 7.5-tonne and 19-tonne rigid distribution trucks, and a yard tractor. 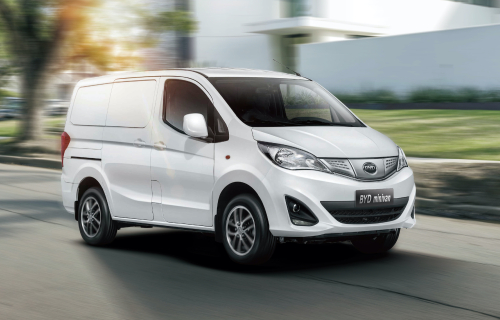 The Norwegian market is the natural choice for BYD to start this trial as we look to expand our EV presence in Europe. Norway is the most advanced market in Europe when it comes to the widespread adoption and usage of electric vehicles, as well as possessing a comprehensive charging network. We will closely evaluate how the market performs, but, in the longer term, it is our aim to expand passenger car sales beyond Norway.