ŠKODA has previewed the ENYAQ iV, the first ŠKODA production model based on Volkswagen Group’s MEB modular electric car platform. ENYAQ will offer a a choice of three battery sizes and five power variants, depending on requirements. The all-electric SUV is set to be built at ŠKODA’s main plant in Mladá Boleslav, making it the first MEB-based Volkswagen Group vehicle in Europe to be produced outside Germany. 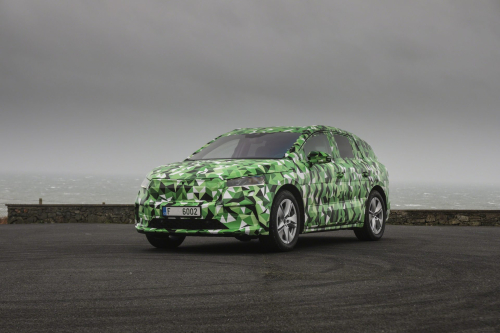 ENYAQ offers a range up to 500 km (311 miles) (WLTP) and fast charging. Due to the vehicle’s concept, the designers were able to arrange the ŠKODA ENYAQ iV’s interior in a completely new manner, results in more space for passengers and their luggage despite the car’s compact dimensions. In addition, the ENYAQ iV offers advanced connectivity as well as infotainment solutions.

In the entry-level versions, a rear motor drives the rear wheels; the more powerful versions feature a second electric motor at the front to transmit torque to the road even more efficiently.

In its most powerful variant, the ŠKODA ENYAQ iV can tow loads of up to 1,200 kg if required. A total of five different power variants and three battery sizes provide fun yet sustainable driving. Depending on the version chosen, either the rear wheels or all four wheels are driven.

The many possibilities of the modular electric car platform allow us to offer the perfect ENYAQ iV for a wide range of requirements and applications. This includes an entry-level version for families, which offers a lot of space and functionality, a variant for the long-distance driver for whom the greatest range is key, and a model for the customer with sporting ambitions who is looking for maximum performance even in an electric SUV.

The rear-wheel-drive ENYAQ iV 80 delivering 150 kW has the highest range of up to 500 km in the WLTP cycle. Its 82-kWh battery (net: 77 kWh) is also used by the two versions equipped with a second electric motor and thus all-wheel drive: the 80X and the vRS, which deliver 195 kW and 225 kW respectively. 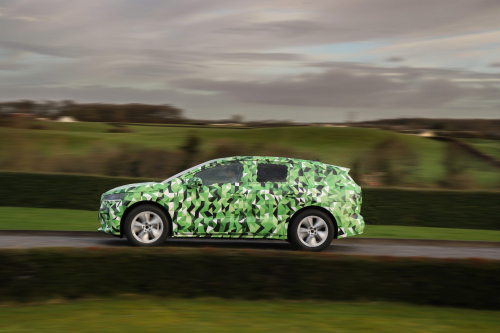 The ŠKODA ENYAQ iV can be charged in three different ways. In addition to the conventional 230-volt household plug socket with an AC output of 2.3 kW, the vehicle can also be conveniently topped up overnight at home using a wall box delivering up to 11 kW. This takes six to eight hours depending on the size of the battery. DC fast-charging stations with a charging output of 125 kW are the third option. These can recharge the ENYAQ iV’s battery from 10% to 80% in just 40 minutes.

With the introduction of the ENYAQ iV, ŠKODA is pressing ahead with its electromobility campaign which began at the end of 2019 with the CITIGOᵉ iV and the SUPERB iV. As part of the brand’s strategy, more than ten electrified iV models are scheduled to be launched between 2019 and the end of 2022.