Air Products, a leader in industrial gases and megaproject development, and Haldor Topsoe, a leader in high-performance catalysts and proprietary technology for the chemical and refining industries, have signed a global Alliance Agreement. The two companies will collaborate, using their extensive market network outreach for developing potential projects and the combination of their expertise on large-scale ammonia, methanol and/or dimethyl ether plants to be developed and built globally.

The Alliance Agreement provides Air Products access to Topsoe’s technology license(s) and the supply of certain engineering design, equipment, high-performance catalysts and technical services for ammonia, methanol and/or dimethyl ether plants to be built, owned and operated by Air Products.

The collaboration allows for the integration of Topsoe’s technology into many Air Products’ technologies including gasification of various feedstocks, and synthesis gas processes. 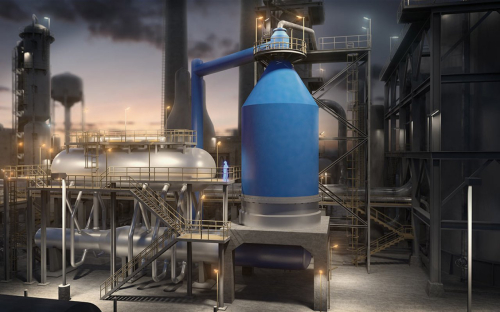 Topsoe’s proprietary autothermal reforming technology (ATR) will be one of the technologies offered to Air Products via the new alliance.

Topsoe’s technology enables companies in the chemical and refining industries to get the most out of their processes and products, using the least possible energy and resources. On the forefront of developing sustainable technologies, Topsoe solutions enhance food production for the world’s growing population and help protect the environment. Half of all the ammonia used to make artificial fertilizer is produced using Topsoe catalysts.

Air Products’ involvement in these world-scale projects will capitalize on the alliance and deliver substantial sustainability benefits. These kinds of projects can serve as carriers of renewable hydrogen molecules as the world’s interest hydrogen for mobility and energy transition continues to grow.

"Air Products will supply hydrogen and nitrogen for the ammonia production in part from its largest-ever steam methane reformer."

Not exactly what I would consider green.

Use bio methane, no fossil carbon.
The MTG process goes from methanol to DME to gasoline.