CALSTART: zero-emission trucks, buses, off-road equipment on track for 78% rise in models in 2020, doubling by 2023

The number of available and announced models of zero-emission trucks, buses and off-road equipment in the United States and Canada is on track to rise nearly 78% by the end of 2020 compared to year-end 2019, according to the Zero-Emission Technology Inventory (ZETI), a product of CALSTART’s Global Commercial Vehicle Drive to Zero program. 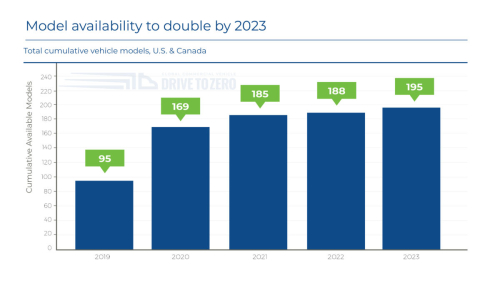 Launched in March of 2020, ZETI is an interactive online tool that tracks the growth of the ZE commercial vehicles globally, as measured by model availability. 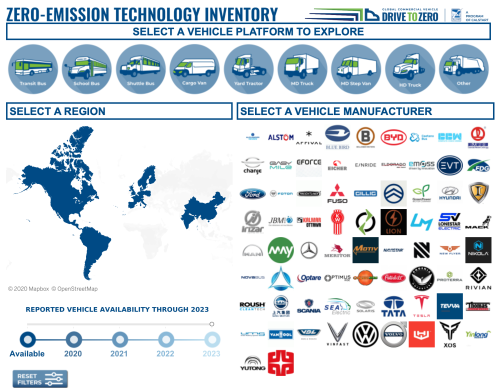 The 2020 growth curve can be tracked to a number of factors—the biggest one being demand. Local, regional and state governments as well as corporate innovators have set strong commitments for fleet electrification and manufacturers want to supply the vehicles they require. 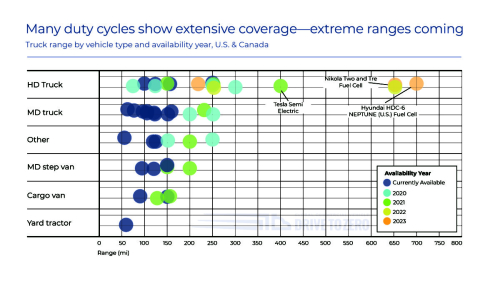 CALSTART’s Drive to Zero program is releasing an updated version of its Policies and Actions Toolkit. The Toolkit, unveiled in 2019 at the Tenth Clean Energy Ministerial and Fourth Mission Innovation Ministerial in Vancouver, is a portfolio of the key policies, incentives and investments governments and industry can take to spur faster near- and zero-emission commercial vehicle deployment. Since its inception, the Toolkit has grown by roughly 50%, adding new policies, actions and categories of drivers for ZE commercial vehicles.

ZETI and the Policies and Actions Toolkit are among the first set of tools developed by CALSTART’s Drive to Zero program. Drive to Zero unites key regions of change, along with leading manufacturers and fleet users, to speed development collaboratively and adoption through policies, financial incentives, infrastructure investments and pilot projects that support early market success and create conditions for organic growth.

Industry leaders such as (but not limited to) BYD Motors, the Ingka Group (IKEA’s parent company), Nikola Motors, Siemens, The Lion Electric Co., New Flyer Industries, Southern California Edison, Ryder, and governments such as the nation of Canada, Region Vestra Goteland in Sweden, the cities of Los Angeles, New York, Vancouver, Oslo, and Sacramento have agreed to work collaboratively to achieve Drive to Zero’s goal to drive market viability for the ZE commercial vehicle sector in key applications and regions by 2025 and achieve full market penetration by 2040.

Recent corporate commitments to and investments in ZE vehicles include:

COVID-19 has brought into sharp focus just how critical our e-commerce, shipping and transportation industries and the vehicles that power them are to our worldwide economy, our health and our daily lives. Now as we recover from these unprecedented challenges, we must embrace the immediate opportunity to transform transport with the clean technologies becoming available, and strongly support the innovators ready to build, buy and use them.Bill Van Amburg, Executive Vice President of clean transportation accelerator CALSTART