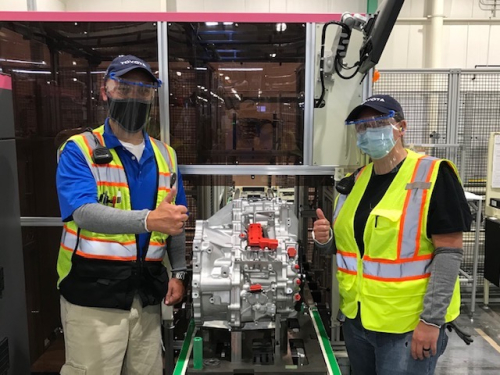 An initial $113-million investment was announced in late 2017 for TMMWV to yearly produce 120,000 hybrid transaxles, which replaces the conventional transmission in hybrid vehicles. The transaxles, built for the Toyota Sienna and Highlander hybrid vehicles, change their power input with either electric power or internal combustion engine depending on driving conditions to achieve the best fuel economy.

During the construction, which included a 72,000 square-foot building expansion and new equipment installation, TMC doubled the production capacity in early 2019 to 240,000 yearly and nearly doubled the project investment to $226 million.