South Australian manufacturer Hydrogen Direct Injection’s (HYDI) systems have been in various stages of development and testing since 2013 but are now on the verge of commercialization following encouraging testing results from the University of South Australia.

The independent testing on a generator showed the unit reduced diesel consumption in the range of 5–13%, lowered diesel particulate matter emissions by 25–80% and removed 7–25% of carbon monoxide. 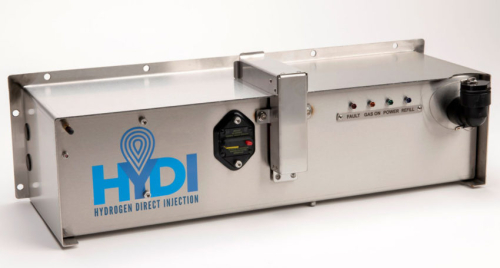 The devices are also being tested around Australia on prime mover trucks, public buses, garbage trucks, mining equipment and generators with models to suit engines from six-liters up to 40-liters and beyond.

One truck fitted with a HYDI completed a 50,000km (31,000 miles) stint on the outback Strzelecki Track in some of Australia’s most inhospitable conditions last summer. 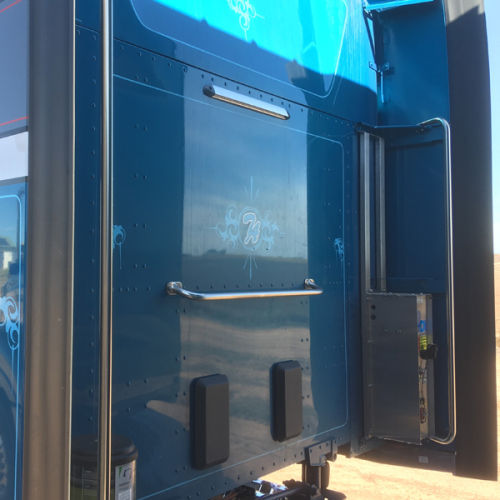 HYDI Managing Director John Wilson said other hydrogen systems on the market used electrolytes or alkaline solutions that were potentially volatile and raised safety concerns with operators. However, he said the chemical-free nature and low power draw of HYDI made it robust, reliable and safe.

The units vary in size depending on the engine capacity they are serving and can be fitted neatly to the rear of a truck cabin. They produce their own hydrogen through an electrolysis process using distilled water in a two-liter tank that can run for 70 hours before needing to be refilled. An option of an auxiliary tank can also be added for engines that run constantly or in remote areas.

The hydrogen is directly injected into the air-fuel mixture just prior to combustion. The hydrogen helps the mixture ignite faster and more completely, resulting in greater power using less fuel and creating fewer emissions.

The electronics in the HYDI units can interface with a wide range of engines and can alter the flow of the hydrogen according to the throttle position of the vehicle to constantly achieve optimum efficiency.

HYDI is currently based in a small warehouse in Adelaide’s inner-west and has worked with component manufacturers in nearby Woodville, Torrensville and Plympton to supply parts for the units.

It has about 30 units in stock and can currently produce about one a day, but Wilson said the company was looking to move to larger premises and bring some of the manufacturing and assembly in-house to allow it to ramp up production and ultimately look for export markets.

Wilson said based on a diesel price of A$1 a liter (US$2.62/gallon US), return on investment could be as little as 3 months for an interstate prime mover with two drivers or a 24/7 generator, less than a year for a truck running 12 hours a day, six days a week and about 18 months for a city bus.

Another good use of clean H2.

>Is there any information on the practicalities of retrofitting appropriately sized units that produce and inject hydrogen into Euro 5 equipped cars such as large Mercedes, BMW, RangeRovers etc within the next 15 months? Could these units be designed to address the ULEZ requirements of Greater London (and other cities) in October 2021 for these vehicles and thus realise their intended production life that would otherwise likely be curtailed, itself creating an unnecessary environmental impact in the production of vehicles to replace them.
>Also - is there any update on the possible availability of adaptive Blue Ammonia and catalytic systems for such cars within the time frame?
>What would be required to help these possibilities into life, given the immediate short term peak in demand that might be envisged?

@Lad, you can drive a thousand km in a diesel truck and there are hundreds of thousands of them. If you converted them, you'ld save a lot of fuel without spending that much money.
IMO, this would be useful for retrofitting urban buses as you could reduce local pollution. Longer term you could switch to electric buses, but this could help in the short term.
I wonder how quickly they could scale this up - can they do thousands a month ?