Wenco, a wholly owned subsidiary company of Hitachi Construction Machinery, and Oxbotica have signed an MOU to develop a world-first Open Autonomy solution for mining. Initial trials are underway, and the companies are actively recruiting mining partners with appropriate testing grounds. 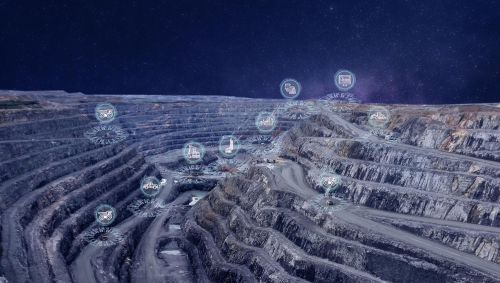 The industry-leading system will provide customers flexibility and efficiency in autonomous mining deployment, allowing them to operate any open standard-based vehicle and integrate it into their existing fleet. It will help meet growing demand with the number of autonomous haulage trucks around the world expected to grow by more than 300% by 2023.

Wenco and Oxbotica both support an open and interoperable ecosystem of partners that integrate solutions alongside existing mine infrastructure. Both companies believe this provides customers with the greatest flexibility and control for integrating new solutions while reducing associated risks and costs.

This approach also notably avoids vendor lock-in and offers customers the freedom to choose preferred technologies, independent of their primary industrial systems. Furthermore, it enables highly skilled autonomy suppliers that may be new to mining to integrate with customers’ existing operations while backed by a proven expert in the industry.

Wenco has 30 years’ experience in developing technology solutions that assist mining companies in maximizing resource value from their operations. This latest advancement builds on the vision of Open Autonomy—first publicly announced by Wenco and its parent, Hitachi Construction Machinery, at the Canadian Institute of Mining, Metallurgy and Petroleum (CIM) Convention in Montreal in May 2019.

Oxbotica was founded in 2014 out of the University of Oxford to develop an autonomy software platform that enables faster deployment of industry-specific autonomy applications. The company recognised early on the immense potential for transformation, cost savings, and safety improvements that can be achieved in the mining industry via the use of vehicle autonomy. Its mining solutions combine the best of advanced robotics, artificial intelligence and computer vision to change the way mining vehicle fleets operate.

Open Autonomy. For a system to be classed as an open system, it must meet four key elements: be fully defined so different parties can work within the same framework; be stable; be published; and be unable to be controlled by a single party.

Open Autonomy, technologies that use open standards to facilitate visibility and control of systems without direct human interaction, relies heavily on open standards, such as ANSI/ISA-95 and those advanced by the International Organisation for Standardisation (ISO). These standards are fully defined, published, and voted on by industry experts from suppliers and mining companies, ensuring an absence of bias. Wenco has worked closely with the ISO and other bodies in recent years to advance these standards in support of its open approach to industrial autonomy.