Michelin and Symbio to accelerate work on fuel cell technology through motorsport; MissionH24

Through Symbio, the joint venture it formed with the automotive equipment manufacturer Faurecia, Groupe Michelin has become a preferential partner of the MissionH24 project which seeks to accelerate the development of zero-emissions mobility through the use of fuel cell technology in endurance racing.

This step-up in Michelin’s involvement sees it join Total, the project’s partner at the time of its launch and already committed for a period of five seasons. 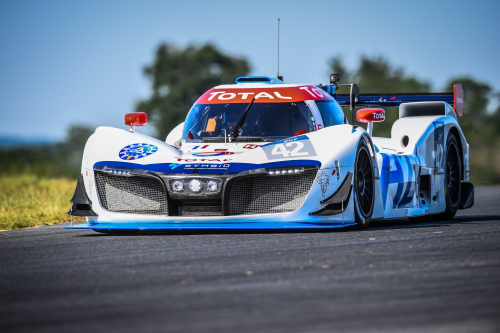 To mark the announcement of its two new partners, H24Racing’s LMP H2G racing prototype will sport a brand new livery featuring the colours of Michelin, Symbio and Total. Endurance racing and sim racing fans will be able to discover the car’s new look during this weekend’s Le Mans 24 Hours Virtual.

This program paves the way for the appearance of fuel-cell-electric prototypes competing in a bespoke class at Le Mans by 2024.

Revealed in September 2018, the MissionH24 project is the result of an initiative by the ACO (Automobile Club de l’Ouest, organizer of the Le Mans 24 Hours) and GreenGT, a pioneering business in the field of high-power fuel cells. The LMP H2G, which was initially unveiled in the colours of H24Racing, is the world’s first electric Le Mans Prototype (LMP) to be powered by fuel cell technology.

After serving as Lead and Safety Car during this weekend’s Le Mans 24 Hours Virtual, the LMP H2G will continue its 2020 program with a series of track tests aimed at fine-tuning its performance. At the same time, as in 2019, H24Racing prototypes will attend meetings of the ACO-organized Michelin Le Mans Cup.

No spam, go away.

Thi is the closest thing to a full electric race car at an endurance race, why complain?

Great post ! thanks for sharing. Kanhai Jewels is Mumbai based company established in 2001, We are manufacturer and wholesaler of Indian Jewellery and Western trendy jewellery, as well as Exporters of Traditional Indian Jewellery.
website: [url=https://www.kanhaijewels.com/]Fashionjewellery[/url]

Great post ! thanks for sharing. Kanhai Jewels is Mumbai based company established in 2001, We are manufacturer and wholesaler of Indian Jewellery and Western trendy jewellery, as well as Exporters of Traditional Indian Jewellery.
website: Artificialjewellery online