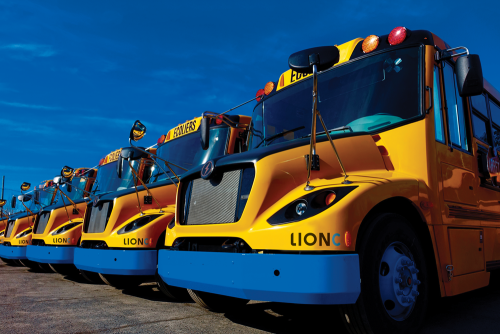 The entire new fleet will be gradually introduced on the school transport networks operated by Transdev from the start of the school year in September 2020, in the Estrie and Montérégie regions of Québec. Transdev’s ambition is to electrify 100% of its fleet of electric school buses parked in its Quebec depots by 2025.

Transdev has chosen to develop in Canada a specific energy transition plan for school transportation in Québec because of its dynamic local ecosystem and the fact that the energy produced locally is mostly hydraulic, and therefore among the cleanest in the world. The introduction of these vehicles promises to reduce pollution by 99% compared to thermal vehicles.

This order for electric buses was planned before the health crisis. Despite the situation, we did not hesitate to complete this order with a Quebec partner because it is part of an ambitious development plan for our activities in Quebec. We are convinced of the major role we can play in all communities and firmly believe in the future of the sustainable mobility sector in the province.

The operator and the manufacturer have been working together since 2016.

This operation benefits from the Program to Support the Deployment of Electric School Buses in Québec, which is part of the Québec government’s 2015-2020 Transportation Electrification Action Plan.