BYD has completed the delivery of 10 battery-electric K9S buses to Link Transit in Wenatchee, Washington, a milestone for the company as production ramps up following a temporary plant closure in Mid-March from the COVID-19 pandemic. 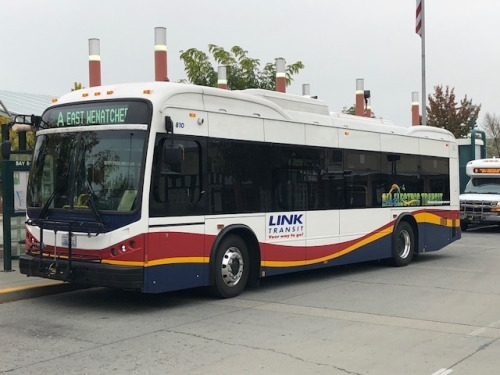 The final two buses of the order were recently delivered, joining the eight others that had been delivered prior to the COVID-19 shutdown. The buses were the first to be completed by BYD after reopening its plant.

We’ve been operating the first eight since mid-March and they have been a huge help to our system. They have far exceeded our expectations with their performance.

BYD began a phrased reopening of its Lancaster Coach and Bus manufacturing plant in mid-May with stringent safety protocols in place.

The K9S 35-ft electric bus, manufactured at BYD’s factory in Lancaster, California, has a range of up to 215 miles, seats up to 32, and can be fully charged in 3 to 4 hours.

All of the buses for Link Transit were fitted with wireless charging receivers from Momentum Dynamics, allowing for on-route charging. This increases the range of the bus to allow for virtually perpetual usage.

In 2018, Link Transit commissioned the US’ first 200-kilowatt wireless charging system for a battery-electric transit bus from Momentum Dynamics. (Earlier post.) The system has been operational on a BYD K9S bus since then.

In January, following the successful introduction and operation of a wirelessly-charged bus in 2018, Momentum Dynamics Corporation and Link Transit extended their relationship with a new 5-year agreement.  As part of the agreement, Momentum will provide 3 new on-route charging stations, each capable of delivering 300kW.