With more than $32 million in pending orders from commercial and government fleets, commercial electric vehicle supplier Lightning Systems is more than tripling the size of its manufacturing, research and development facility in Loveland, Colorado. 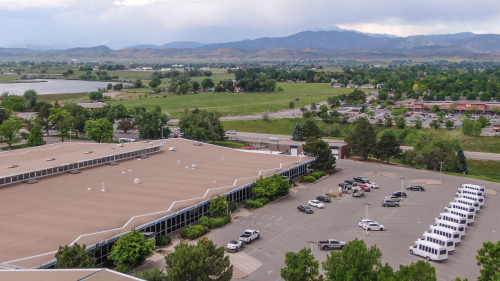 Lightning moved its headquarters, manufacturing, and R&D into the former Hewlett-Packard/Agilent campus in southwest Loveland three years ago. The company recently took over the entire building on the campus located at Southwest 14th Street and Taft Avenue, expanding its square footage from 45,000 to 142,000.

Our mission is to provide commercial fleets with the world-class battery-electric and fuel-cell electric vehicle solutions they need to meet the new Zero Emissions Zone regulations that are being quickly implemented throughout the world. In addition to the Zero Emission Zone regulations, many fleets have adopted aggressive sustainability goals. These two market drivers are creating demand that will soon exceed the sum of EV makers’ abilities to produce vehicles, components, and charging solutions. Unlike most of the industry, we’re shipping vehicles now and rapidly expanding.

Work converting the facility for the expansion began in January 2020 and included investment in new high-capacity vehicle and battery charging and testing systems, new fabrication and wiring-harness equipment, semi-automated centers for conversion, and powertrain testing and automation equipment. With the expansion, Lightning has nearly doubled its number of employees from 40 to 70.

Reeser said the new space is being used for expanded electric powertrain manufacturing and assembly for the Ford Transit, E-450, F-550, Class 6 truck, and Class 8 motor coach. This allows the previously occupied space to be fully dedicated to vehicle conversions, where the powertrains are installed into the various vehicles to produce electric commercial vehicles. Bringing these conversion lines in-house significantly reduces costs and provides greater quality control.

Lightning also will be producing its new Lightning Mobile charger at the Loveland facility. Lightning Mobile, which made its debut last month, is a mobile direct current fast charger (DCFC) for electric vehicles. It is designed to be installed in a vehicle or trailer for mobile deployment and can be rapidly deployed to provide fast roadside and parking lot charging to support the operation of electric fleet vehicles.

Lightning Systems received a Charge Ahead Colorado Grant to install new Level 2 and DC Fast Chargers as part of this expansion. These new chargers have allowed Lightning to significantly expand its testing and commissioning programs, which sometimes require putting 1,000 miles on a vehicle before it is delivered to the customer.

These folks do good work, should be rewarded with success.