To accelerate the progression of driverless technology, Project ASLAN has launched an open-source and rapidly deployable self-driving software platform. The free and open software stack has been launched expressly to foster engineering collaboration.

The platform provides mature and stable code combined with plug-and-play ease of use, offering real-world self-driving capability validated by public highway trials as well as complete simulation capability for users without access to driverless vehicle hardware. 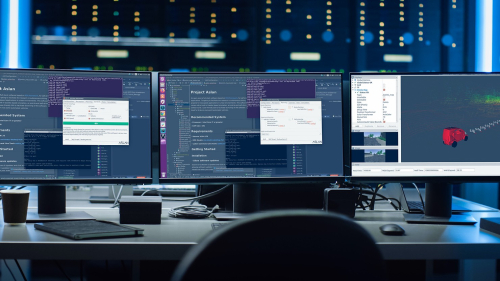 ASLAN is a complete open source self driving stack for low-speed urban autonomy.

Project ASLAN notes that the high investment demands required to pursue end-to-end driverless technologies present a clear barrier to progress. The project intends to remove these barriers to entry and prioritize the benefits of driverless vehicles for metropolitan and low-speed use cases where the benefits are the greatest and a collaborative approach is already determined by the involvement of multiple public agencies and private companies.

By focusing on a more defined operational domain based on slow speeds in cities as well as embracing an open-source approach, Project ASLAN opens up a smaller problem to a far larger group of collaborative engineering capability from across the world.

At www.project-aslan.org, engineers can freely download an open-source resource enriched by software contributed by the founders and augmented with data from 22 autonomous vehicles currently deployed in a variety of trial use-cases in locations ranging from Hong Kong to the UK.

The free and open-source solution is a complete self-driving platform that is easy to install, fully documented and contains a stable collection of state-of-the-art software packages. With its own graphical user interface enabling plug and play deployment, the tooling is intuitive and includes a set of video tutorials and quick start guides with a promise that users can install and run an autonomous vehicle or an integrated simulation in under 30 minutes.

ASLAN utilizes the ROS framework, the power behind millions of robotics solutions in many applications, providing the estimated user community of up to 16,000 automotive and self-driving engineers and developers already using ROS with a familiar middleware solution.