Dominion Energy and Duke Energy announced the cancelation of the Atlantic Coast Pipeline (ACP) due to ongoing delays and increasing cost uncertainty which threaten the economic viability of the project.

The Atlantic Coast Pipeline as planned was a 600-mile underground natural gas transmission line meant to deliver new, lower-cost supplies of natural gas to public utilities in Virginia and North Carolina. The $8-billion project is a partnership between the regional energy companies Dominion Energy and Duke Energy. 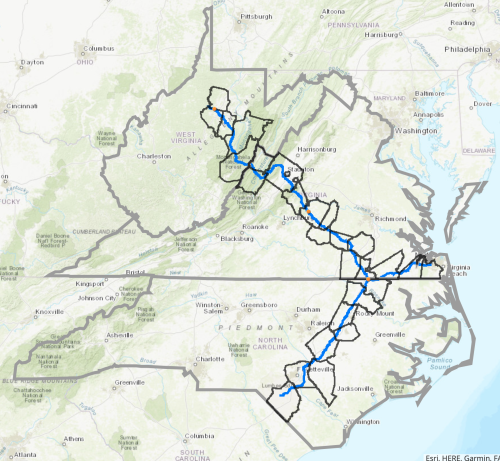 Despite last month’s 7-2 decision at the United States Supreme Court, which vindicated the project and decisions made by permitting agencies, recent developments have created an unacceptable layer of uncertainty and anticipated delays for ACP, the companies said.

Specifically, the decision of the United States District Court for the District of Montana overturning long-standing federal permit authority for waterbody and wetland crossings (Nationwide Permit 12), followed by a Ninth Circuit ruling on May 28 indicating an appeal is not likely to be successful, are new and serious challenges.

The potential for a Supreme Court stay of the district court’s injunction would not ultimately change the judicial venue for appeal nor decrease the uncertainty associated with an eventual ruling. The Montana district court decision is also likely to prompt similar challenges in other Circuits related to permits issued under the nationwide program including for ACP, the companies said.

This new information and litigation risk, among other continuing execution risks, make the project too uncertain to justify investing more shareholder capital. For example, a productive tree-felling season this winter is a key milestone to maintaining the project’s cost and schedule. Unfortunately, the inability to predict with confidence the outcome of the project’s permits and the potential for additional incremental delays associated with continued legal challenges, means that committing millions of dollars of additional investment for tree-felling and subsequent ramp up for full construction is no longer a prudent use of shareholder capital.

A series of legal challenges to the project’s federal and state permits has caused significant project cost increases and timing delays. As a result, recent public guidance of project cost has increased to $8 billion from the original estimate of $4.5 to $5.0 billion. In addition, the most recent public estimate of commercial in-service in early 2022 represents a nearly three-and- a-half-year delay with uncertainty remaining.

The Atlantic Coast Pipeline was initially announced in 2014 in response to a lack of energy supply and delivery diversification across North Carolina and Virginia. Demand for the project was driven by the regional retirement of coal-fired electric generation in favor of lower cost natural-gas-fired generation combined with widespread growing demand for residential, commercial, defense, and industrial applications of low-cost and low-emitting natural gas.