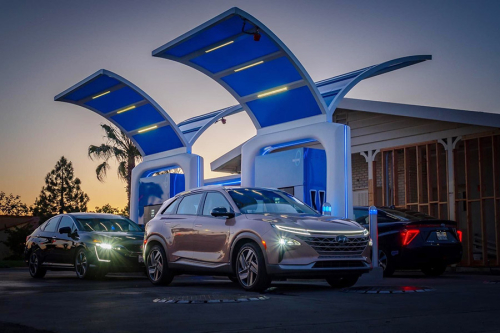 The next-largest station for passenger cars is the True Zero station in Oakland, with more than 800 kilograms. It opened in late 2019.

With four fueling positions, four cars will be able to fuel simultaneously, increasing the number of vehicles served in a shorter time.

The station offers 100% renewable hydrogen. California requires that at least 33% of hydrogen fuel come from renewable sources. For stations that qualify for the Low Carbon Fuel Standard ZEV infrastructure credit, that amount increases to 40%.