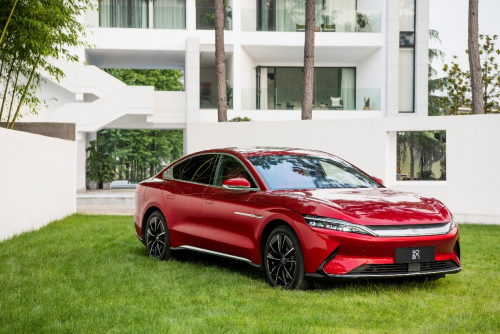 The Han EV’s long-range pure electric version has a single-charge range of 605 kilometers (376 miles) based on the NEDC test cycle. The four-wheel-drive high-performance version possesses an acceleration of 0 to 100km/h in 3.9 seconds, while the DM (Dual Mode) plug-in hybrid model offers 0 to 100 km/h in 4.7 seconds.

Named after one of the most celebrated dynasties in Chinese history, the Han series also demonstrates the country’s growing manufacturing prowess.

The Han has taken ten years from the concept stage to formal mass production. Through our leading technologies, we have created three benchmarks for flagship EVs in terms of safety, performance, and luxury.