The anode is ready for production and LeydenJar is preparing to scale-up its production capacity in the coming years.

The new technology does not push up production costs and is a plug-in solution to existing battery gigafactories. A 70% higher energy density will have an impact on various sectors: consumer electronics, electric vehicles and the storage of renewable energy.

As an anode material, silicon has ten times the capacity of carbon. However, so far, it has only been possible to produce anodes with a small amount of silicon, because the anodes were mainly carbon-based; the use of silicon was hampered by the mechanical limitations of the material.

LeydenJar’s pure silicon anode is porous, allowing it to absorb the swelling of the silicon during lithation, and thus uses the maximum capacity of silicon, while remaining mechanically stable. The silicon is grown directly on the copper substrate with plasma vapor deposition (PECVD), a method used in the PV and semiconductor industry to grow thin films. 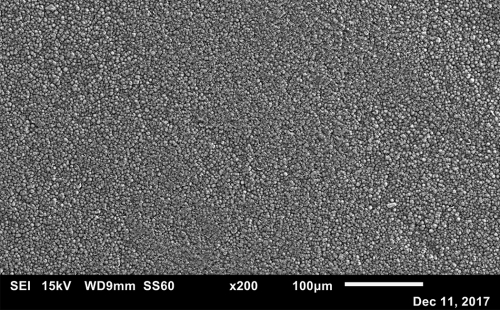 The pure silicon anodes are produced in a single process step on a roll-to-roll PECVD machine, located at the High Tech Campus in Eindhoven, the Netherlands.

Tested pouch cells were built using commercially available battery materials, such as NMC 622 cathodes, and LeydenJar’s silicon anodes. An energy density of 1350 Wh/L at start of battery life was reached, with these cells demonstrating a cycle life of more than 100 cycles at a C/2 rate.

Is that 100 cycles in C/2 mode good enough ? Is CVD déposition compatible with large volumes ?

Developments like these are always interesting but until someone starts shipping completed batteries at volume with a new technology it remains yet another one on the growing list of candidates.

Treehugger: CVD is indeed a process used in high volume manufacturing, an example would be a plastic molded part that is then Chrome plated.