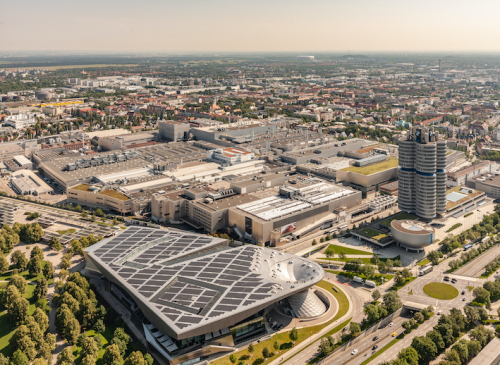 We are gearing up our Munich plant for the future. Once remodeling is finished, we will be able to produce vehicles with diesel, petrol and hybrid drive trains, as well as the fully-electric BMW i4, all on the same line. This will allow us to respond flexibly to customer demand.

Integrating the BMW i4 into the existing production system will be a challenge for Plant Munich. The high-voltage battery makes the BMW i4 body concept different to that of the vehicle models previously built at the plant. Nevertheless, about 90% of the existing production systems used in the body shop can be integrated and enabled for future BMW i4 production. Only 10 percent—specifically, equipment used in production of the rear end—cannot be integrated, because of the high-voltage battery, and require new systems to be set up.

The high-voltage battery in the BMW i4 is installed from below. A new and separate battery assembly will be set up for this within vehicle assembly. 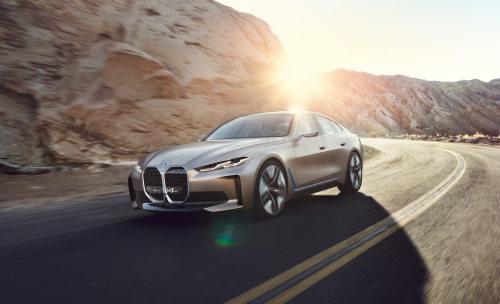 Confined structures make any remodeling and installation measures at Plant Munich particularly challenging. Old systems have to be removed, and new ones installed and put into service, in very tight spaces within six weeks. This takes meticulous planning and a lot of creativity.

As well as installing new systems, existing production equipment will also have to be converted so the BMW 3 Series Sedan and BMW 3 Series Touring—both with combustion engines and hybrid drive train, the new BMW M3 and the fully-electric BMW i4 can all be produced on the same line.

This production interruption has been planned and prepared for since early 2019. Virtual reality (VR) is also being used across the board in transmission and final assembly to optimize future processes. The VR pilot project provides a sneak preview of planned structures and processes, increases planning accuracy in the early phases of a project and reduces planning time.

Employees are able to get a feel for their new workplace in a VR training space. VR goggles provide them with a glimpse of their new working environment and planned work processes. As a result, employees often come up with ideas for improvement that enable new operations to be optimised in advance and adapted for rollout.

From 28 August, systems will be refilled so production can resume after the break and, starting with the early shift on 7 September, vehicles can once again roll off the production lines at the main plant in Munich.

Certain areas of the Munich plant, such as engine production, will continue to operate at full scale to secure supplies for the global production network.

Ah, at last something other than chin music happening at BMW.