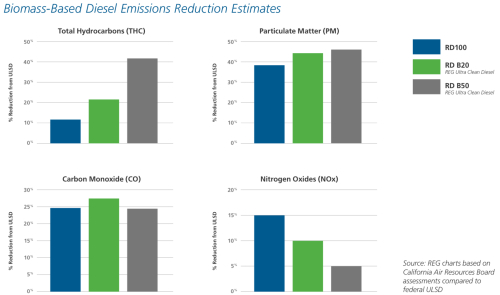 Hunt & Sons is a leading California-based petroleum products distributor and operates from its headquarters in Sacramento, California. This relationship will be the first-of-its kind for the business.

REG Ultra Clean will be offered at 12 locations and is currently available at two Hunt & Sons locations: Rancho Cordova and Sacramento. REG Ultra Clean reduces emissions significantly compared to petroleum diesel. On an annual basis, the fuel consumed through this agreement will reduce greenhouse gas emissions by approximately 250,000 metric tons of carbon dioxide, equivalent to more than 6 million miles driven by an average passenger vehicle.

REG is North America’s largest producer of biodiesel and an industry-leading producer of renewable diesel. REG utilizes a global integrated procurement, distribution and logistics network to operate 13 biorefineries in the US and Europe.