BASF and Toyota collaborate for cost-effective lightweighting on 2021 Sienna

In the previous model, the third-row seat comprised 15 different steel components, making it very heavy. Toyota wanted the 2021 Sienna’s third seat to be lighter and cost-competitive while exceeding all performance criteria. Toyota turned to BASF to help them achieve their lightweighting goal. 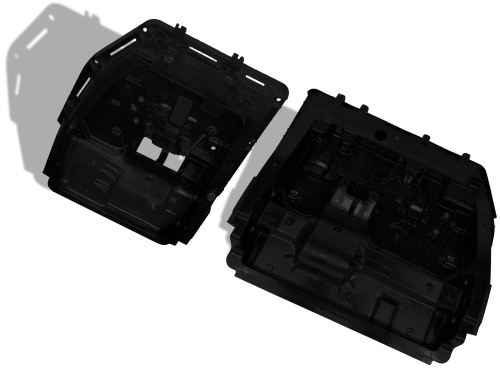 Lightweighting doesn’t always have to be more expensive. We were able to meet our cost objective and saved 15% compared to the prior generation. The seat is 30% lighter compared to the previous model. We had some great partnerships that helped us achieve these targets, one of which was BASF.

Traditionally, resin components for seating have had metal reinforcement, which can add more cost to the process. Toyota also wanted an injection molding part that was a shoot-and-ship part—meaning it was made in one piece, without complex and costly post-processing. That’s where BASF’s expertise in materials and design came in.

The third seat design is what I would classify as an enabling technology. It is the first of its kind in the way it is designed without inserts as a fully injected seat back. One of the challenges was to ensure a high elongation and impact qualities for the crash requirements. At the same time, we focused on strength and stiffness because the seat also serves as a load floor.