Switzerland-based Blackstone Resources AG announced that it has achieved a series of important milestones for producing any kind of printed battery cells.

The company has been investing in the next generation of battery technology through its German subsidiary Blackstone Technology GmbH. This includes patented 3D-printing techniques and research into the mass production of solid-state batteries: these can offer greater energy density and a higher number of charging cycles. 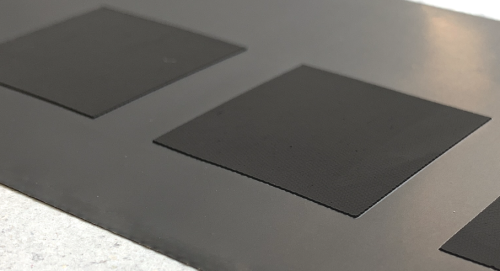 Battery factories being built today produce one battery cell form factor. These assembly systems are very special and expensive. The manufacturing process of the electrodes is energy-intensive and dangerous solvents are used.

Blackstone is offering a more flexible and cost-effective production technology based on printing batteries. It covers a wide range of cell formats using different cathode and anode chemicals. Consequently, every second a finished battery cell could be made in an automotive format and leave the production line.

Blackstone views this printing technology represents the cornerstone for the future production of all solid-state batteries. It sees tremendous potential for printing complete battery modules and battery systems. This will further reduce production costs considerably.

In July, the first functional battery cells were manufactured with thick, printed electrodes (C/LFP) and successfully tested. This enables the energy density for all common cathode chemistries to be increased by approximately 20%.

These electrodes were created using environmentally friendly, water-based binder systems. The production of the electrodes is completely free of pollutants and reduces production costs over the long term.

The production step of the calendaring of electrodes is no longer necessary. The necessary porosity is simply adjusted for during printing.

The short-term goal is to establish series production and thus prove the suitability for mass production. The planning of a first production plant has already begun. The printing of solid-state battery cells is also being tested in parallel. In the medium term, Blackstone Technology will print complete battery cells, including housings, at extremely high speed.

Blackstone Resources is a Swiss Holding Company, with its legal domicile in Baar, Kanton Zug and is concentrating on the battery metals market as primary metals. In addition, it sets up, develops and manages refineries used for gold and battery metals. These include cobalt, manganese, molybdenum, graphite and lithium. In addition, Blackstone Resources has started a research program on new battery technologies.