NYK Line, Japan Marine United Corporation (JMU), and Nippon Kaiji Kyokai (ClassNK) signed a joint R&D agreement for the commercialization of an ammonia-fueled ammonia gas carrier (AFAGC) that would use ammonia as the main fuel, in addition to an ammonia floating storage and regasification barge (A-FSRB). 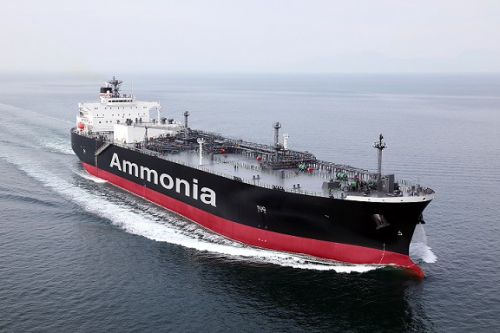 Since carbon dioxide is not emitted when ammonia (NH3) is burned, it is viewed to have promise as a next-generation fuel that could mitigate shipping’s impact on global warming. In addition, it is said that zero emissions can be realized by utilizing CO2-free hydrogen as a raw material for ammonia. In particular, a significant reduction in CO2 emissions is expected to be achieved by replacing coal and natural gas as the main fuels for power generation. 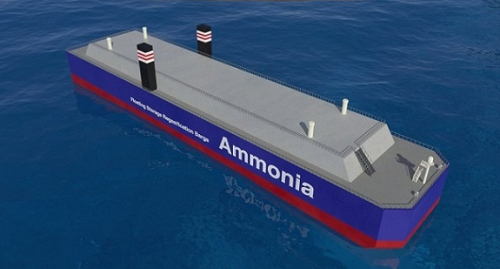 The reduction of greenhouse gas (GHG) emissions is a significant issue in the marine transportation sector. In 2018, the International Maritime Organization (IMO) set the goal of halving GHG emissions from the international maritime sector by 2050 and reaching a target of zero as early as the end of this century.

Ammonia is expected to be used as an alternative fuel for vessels. As demand for ammonia fuel is foreseen to expand, the need for a transportation infrastructure for stable supply is expected to increase. Thus, the companies have decided to start this joint R&D of AFAGC and A-FSRB.

Ammonia could work as an energy carrier.
https://www.sciencedirect.com/topics/engineering/energy-carrier#:~:text=6.4%20Ammonia,phase%20and%20ease%20of%20transportation.&text=Ammonia%20is%2C%20however%2C%20a%20carbon%2Dfree%20chemical%20energy%20carrier.

It smells "a bit" however, but it is better than compressed or liquified H2, and contains no carbon, like Methane or Methanol.

We certainly need a way of storing large quantities of energy, and it could be NH3. (Which people have been saying for years).

Ammonia is a highly toxic substance. If a gas tanker powered by it were to explode in a port, how many people could die? The worst case scenario could be like the recent Beirut explosion and the Bhopal disaster merged into one nightmare scenario. How is it possible to ensure the safety of a fuel like ammonia?

All fuels have their dangers. It's important to weigh them in comparison to the other fuels.