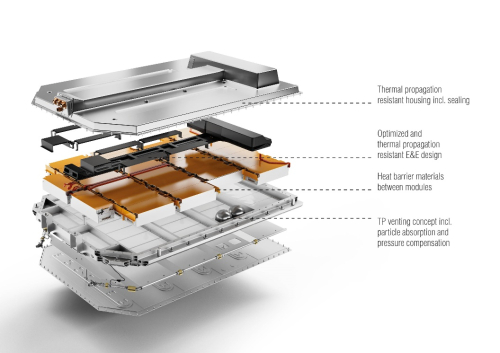 FEV has developed simulation techniques in combination with a cascaded testing approach to optimize automotive battery pack design to prevent thermal propagation and the risk of thermal runaway, which is a key safety aspect for hybrid and electric vehicles. Source: FEV Group

With vehicle battery fires threatening people, buildings and the environment, thermal runaway is a key safety concern in hybrid and electric vehicles. Although there is no thermal propagation regulation currently in place, China’s GB/T 38031 standard is expected in January 2021 with other markets and regulatory bodies expected to follow shortly after.

The China standard would require vehicle inhabitants receive a minimum 5-minute warning before fire from a thermal event extends beyond the battery pack or battery venting gas enters the cabin.

To prevent thermal propagation and the risk of thermal runaway in vehicles, FEVis has developed simulation techniques combined with a cascaded testing approach to optimize automotive battery pack design.

FEV’s simulation-based approach begins after key CAD dimensions and pack geometries are defined in the base development phase. The company has created two customizable models for this approach:

Once developed and customized, each model is further validated using physical test data. This process is based on a step-by-step validation of cell-to-module-to-pack where various dummy packs are used to evaluate thermal propagation behavior. The cascaded testing approach can be optimized when any data (e.g. cell data) are available, allowing for experimental data to be collected early in development without requiring a fully functional battery pack—saving time and cost. 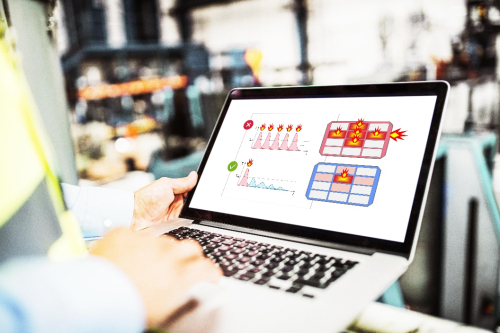 After validated with physical test data, the models are combined to create a comprehensive coupled model containing the thermal battery model and local heat transfer coefficients and fluid/gas temperatures from the venting gas model.

This combined model can be used for more accurate and detailed simulation, allowing for a performance assessment and selection of optimized design parameters and variations. From there, the complete battery pack design can be tested and validated.