Vitesco Technologies, formerly (until September 2019) the Continental Powertrain Division, has started the market launch of its fully integrated electric axle drives (EMR3) for Dongfeng Passenger Car Corporation. For Vitesco Technologies this launch is yet another market success and milestone, following the start of production of the EMR3 electric drive for Hyundai and PSA at the end of 2019. 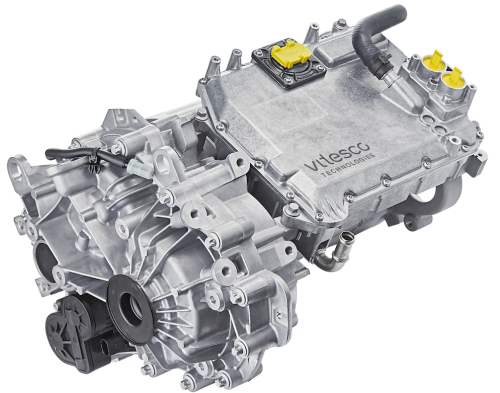 The Dongfeng Passenger Car Corporation version of the EMR3 delivers 120 kW of power, pushes out up to 260 N·m of torque but weighs less than 80 kilograms and is a highly compact, fully validated system that is easily designed-in to an electric vehicle.

Dongfeng Passenger Car Corporation uses the axle drive for its new all-electric version of the Yixuan car, a recent passenger car model which belongs to the Chinese A-segment that would internationally be considered a C-segment.

At 1.5 tons, it offers a top speed of 155 km/h (96 mph) and gives the driver a range of around 400 kilometers (249 miles) calculated on the base of the NEDC. The axle drive, supplied to Dongfeng Passenger Car Corporation, integrates a powerful electric motor and a highly optimized power electronics in a compact and lightweight unit.

Vitesco Technologies produces the electric axle drive system in China, currently the world’s largest and fastest-growing market for electric vehicles, and near to its customers. This will enable Vitesco Technologies not only to serve its customers better, but also to showcase the Tianjin plant’s experience in the field of electric drive technologies. Highly automated production lines at the plant allow for large production volumes to be built to the highest quality standards. Product development has been done at the Vitesco Technologies locations in Berlin, Nuremberg (Germany) as well as in Shanghai and Tianjin (China).

The EMR3 is developed for the electric vehicle volume market. It meets minimal space requirements, it helps to bring down the weight of a new energy vehicle, reduces cabling complexity, and it is fun to drive. Based on many years of continuous development and optimization, the integrated axle drive is now just as much a proven technology as it is highly innovative, plus it helps to make electric mobility more affordable.