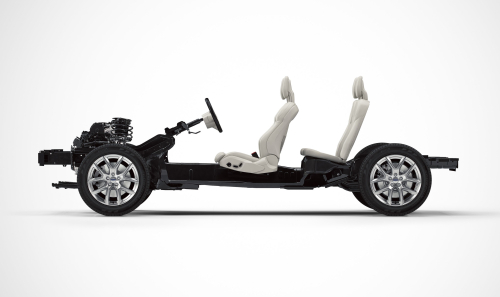 The CMA platform, co-developed by Volvo Cars and Zhejiang Geely Holding (Geely), is an example of the joint development, production and procurement achieved since Geely’s acquisition of Volvo Cars on 2 August 2010.

Deliveries of the new CMA-based Polestar 2, which will begin in August, will continue to drive sales on this successful platform.

Since the acquisition by Geely ten years ago, Volvo Cars has completely renewed its product portfolio of SUVs, estates and sedans, and became the first traditional carmaker to commit to all-out electrification, supported by the introduction of its Recharge range. The range offers a PHEV option on all of Volvo car models, with the aim that by 2025, half of its global sales volume will consist of fully electric cars, with the rest hybrids.

The CMA platform is the foundation for the new Volvo XC40 Recharge; the first of Volvo’s fully-electric Recharge range. Deliveries of the XC40 Recharge will start this fall.

In the coming years Volvo Cars aims to establish itself as a leader in electrification and by 2025, it wants half of its global sales volume to consist of fully electric cars, with the rest hybrids.

It also aims to establish millions of direct consumer relationships through new forms of mobility, and it expects to play a leading role in the safe introduction of autonomous drive technologies.