Home About Contact RSS GCC Twitter Newsletter
PSA and Total create JV for manufacture of EV batteries in Europe; €5B investment
Uber setting goal of 100% of rides in EVs in US, Canada and European cities by 2030 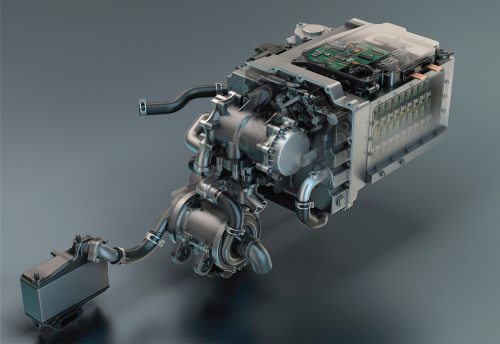 Nikola will exchange $2 billion in newly issued common stock for the in-kind services and access to General Motors’ global safety-tested and validated parts and components. General Motors will be subject to a staged lock-up provision beginning in one year and ending in June 2025. General Motors will engineer, homologate, validate and manufacture the Nikola Badger battery electric and fuel cell versions.

Nikola is one of the most innovative companies in the world. General Motors is one of the top engineering and manufacturing companies in the world. You couldn’t dream of a better partnership than this. By joining together, we get access to their validated parts for all of our programs, General Motors’ Ultium battery technology and a multi-billion dollar fuel cell program ready for production. Nikola immediately gets decades of supplier and manufacturing knowledge, validated and tested production-ready EV propulsion, world-class engineering and investor confidence. Most importantly, General Motors has a vested interest to see Nikola succeed. We made three promises to our stakeholders and have now fulfilled two out of three promises ahead of schedule.

This strategic partnership with Nikola, an industry leading disrupter, continues the broader deployment of General Motors’ all-new Ultium battery and Hydrotec fuel cell systems. We are growing our presence in multiple high-volume EV segments while building scale to lower battery and fuel cell costs and increase profitability. In addition, applying General Motors’ electrified technology solutions to the heavy-duty class of commercial vehicles is another important step in fulfilling our vision of a zero-emissions future.

The agreement with Nikola extends General Motors’ utilization of its fuel cell technology to the Class 7/8 semi-truck market and represents a high-volume commercialization of its leading Hydrotec fuel cell system and complements the company’s battery-electric propulsion. Fuel cells will become increasingly important to the semi-truck market because they are more efficient than gas or diesel. General Motors sees additional growth opportunities in multiple transportation, stationary and mobile-power end markets.

Nikola will be responsible for the sales and marketing for the Badger and will retain the Nikola Badger brand. Badger production is expected to start in late 2022 at a location to be announced at a later date. $100 Badger pre-order reservations are now available.

Nikola remains an independent company. The investment is subject to customary antitrust regulatory approval and closing conditions. The parties anticipate closing the transaction prior to 30 Sept. 2020.

The oil companies are elated that they have a large manufacturer like GM buying into their idea of selling natural gas reformed H2. This has been their plan right along, to keep drilling and polluting.

Why doesn't GM just make their own fuel cell truck? I wonder what expertise does Nikola bring to the table that GM could not do on their own.

RNG can be reformed, it does not have to be fossil.

Can be, could be, maybe, might be, perhaps but its not. Pollution is the cheapest way with the highest returns.

GM is working on a number of electric vehicles including battery electric pickups. For most applications BEV will work and be less expensive. Apparently GM is making good progress on battery technology and cost and I believe that battery technology is improving faster than fuel cell technology. Once you can get 80 % charge in 20 minutes and 300 mile or more range, there is not much need for fuel cells in light vehicles. The Nikola Badger will be an expensive specialty vehicle. Maybe fuel cells will useful in long haul class 8 trucks at least until faster charging is widely available.

Nikola was supposed to have their own green hydrogen fueling stations but I am not sure what has happened with that. Personally, I do not think that hydrogen is a good fuel. The temperatures are really low for liquid hydrogen, pressures are really high for compressed H2, volumetric density is really low, it leaks thru everything, can cause embrittlement is some materials, and is a serious fire/deflagration hazard.